We’re all familiar with the stereotype. Inside the library, deep in study, you stumble upon something funny, a pun, a quip or even a reference to one of the meme-like librarians do-Gaga sing along. Whatever it is, its funny. . . hilarious even. At first you try to bottle it in, but what starts as a snigger eventually manifests itself as boisterous laughter. You’re making noise, then: SHHHHHHHHHHHH! Libraries, for better or worse, are quiet spaces, but they are also important third-spaces, social forums and purveyors of an all-ages educational opportunity. Even though we imagine libraries to be quiet, they often distribute music. This blog entry suggests a musical intervention of sorts, a reconstitution of the library as a space of noise. A site of collaboration in the public imaginary where conversations can take place over a splice of Iggy Pop and Tchaikovsky fading from one century to the next. This is no pipe dream, it is a radical rethinking of what tomorrow’s library could be within the parameters of virtual space.

This idea is nothing new, Library Information Science scholars like Brenda Dervin have been arguing since the seventies that libraries should be configured as sites of community and activity, not as tombs of information. There is a fundamental tension still; libraries are a space of study, and most users are more comfortable reading in a quiet space. Virtual spaces offer a way out of this problematic by allowing for a second acoustic space for users to listen in, a space which can be conveniently tethered to social networking software, like Facebook. I am arguing, along with my friend Nathan Graham, that libraries are the ideal setting through which to stage a new social platform of participatory and collaborative listening. Using emergent tools from social media platforms, users can cobble lists for shared virtual listening (complete with edited audio clips) and discuss them in a virtual forum. Because of the library’s institutional history as an educational space, these locally hosted forums can stage a strong argument for collaborative listening as fair use, an integral part of the 21st century library.

Right now this idea is just a seed: we are thinking of the platform, its potentials and its restrictions. Notably, in a not so discreet attempt to get feedback from the Sounding Out! reader base, I want to further entertain the idea of collaborative listening. Collaborative listening is a more interactive form of collective listening – it implies that a conversation between listeners is taking place. Some physical spaces of collaborative listening could be the living room while a record spins on a turntable, the classroom where a group of students discuss a song, a subway train where two people share MP3 earbuds, a car in a parking lot surrounded by kids all listening to its stereo, or even Youtube and Last.fm where people often leave comments about songs in the forum below. It is important to consider open spaces which can push against the impending corporate monetization of music sharing and cloud computing as Patrik Wikstrom establishes in his 2010 book, The Music Industry. Bringing this conversation to libraries helps to smash our prejudice of the library as a tomb of knowledge, it opens up the space and facilitates conversation between a greater breadth of citizens. Hopefully, this platform will help transform the library into a open source hub of conversation and collaboration. 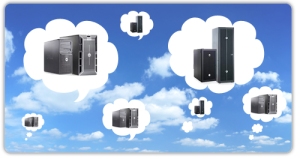 So let us listen silently with earbuds in, to the libraries who might channel noise through the internet, a fantasy/testimony to the hopeful sounds of tomorrow.