Standing Up, For Jose 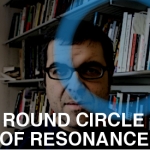 The following video installation by Mandie O’Connell, is part three of a four part series, “Round Circle of Resonance” by the Berlin based arts collective La Mission that performs connections between the theory of José Esteban Muñoz and sound art/study/theory/performance.

The first installment and second installments ran last Monday.  The opening salvo, written by La Mission’s resident essayist / deranged propagandist LMGM (Luis-Manuel Garcia) provides a brief introduction to our collective, some reflections on Muñoz’s relevance to our activities, and a frame for the next three missives from our fellow cultists. It is backed with a rousing sermon-cum-manifesto from our charismatic cult-leader/prophet, El Jefe (Pablo Roman-Alcalá).  Next Monday, our saucy Choir Boy/Linguist (Johannes Brandis) will close the forum with a dirge to our dearly departed José (August 9, 1967- December, 4, 2013).

Power exists in urination, in this basic and most crucial of bodily acts.  Problems with urination can result in embarrassment, infection, hospitalization.  And yet so many of us women encounter confining, unfair, cruel, and Puritan limitations to where, when, and how we can pee, while our male counterparts traipse around urinating wherever they please.  It is time, brothers and sisters, to re-politicize piss.

Brother Muñoz taught us that utopian projects require fellow participants, not audiences. We need a Urinary Utopia, a Piss Paradise that is open to men, women, trans and intersex people of all colors.  Let’s shower down a blissful piss, a rainbow-colored golden shower where we all can piss wherever the fuck we want to!

In my performance video, I attempt to create a Muñoz-inspired utopian sensibility through the enactment of a new modality of an everyday action.  I use a Female Urination Device—which enables me to stand up and urinate—to take a Yellow Adventure around my neighborhood.  I piss freely in places where my penis-having brethren piss.  I piss in a urinal next to which “Piss on me Bitch” is crudely scrawled. I piss into the river Spree, symbolically owning it with my liquid gold.  Finally, I write my name in piss, a macho action turned feminine, the power and privilege of said action redirected towards my vagina.

In “Standing Up,” three different sounds are mixed together to create the soundscape of the performance: ambient noise, music, and sound clips of urination.  The ambient noise serves to locate the scene in space/time.  The music by Khrom Ju was selected to give the performance an eerie, strange, and repetitive undertone.  The sound of urination was recorded live and is the sound of female urination.  We use this sound both as a cue and as comic relief.  Piss is funny, piss is strange, and piss happens all around us.

Urination and the female struggle around it is a real struggle that really happens and really matters.  Exceptionally long lines for the ladies’ room, the inability to publically urinate at festivals due to feeling exposed and shamed, being charged money to use toilet facilities when males can piss outdoors for free, getting forced to use a ladies’ room when your sexuality sways towards using the men’s room, the list of complaints goes on and on.  So I say: pee where you want, not where others want you to.  Pee on administrators, police, politicians, and oppressors of all kinds while you’re at it!

I refuse to adhere to these rules anymore, and I beg you to follow my lead.

Mandie O’Connell (yo) aka “Knuckle Cartel, is  a former big cheese and intellectual powerhouse behind the wildly successful Seattle-based experimental theater company Implied Violence. I, Mandie, have experienced the same “conservatism” and capitalistic partnership between Money and Art in the performance/theater scene. Witnessing firsthand the immense power that cash-wielding creeps hold over creatives is sickening, sad, and sordid. I’ve had enough, and so have you…right? Let’s fix a broken system. If we can’t fix it, let’s circumvent it.

On Sound and Pleasure: Meditations on the Human Voice–Yvon Bonenfant