** Click here to just cut to the chase and get the new mix already! LOL!**

From the very beginning, the exclamation point has been our thing. Our deeply meaningful, utopically earnest, passionately heartfelt, stubbornly insistent, collectively exposing-our-geeky-love-and-enthusiasm-to-the-world THING. And over the past seven years we have fought for it, demanded it—#sorrynotsorry print copy editors!—and, as is our fondest wish, lived and embodied it for our readers each and every Monday (and the occasional Thursday too).

On the occasion of our seventh Blog-o-versary, we wanted to share the affective vibrations of our ! with y’all, for the deceptively simple reason that we want you to feel !!!!!!!, too.

After seven years of inserting it here, there, and everywhere, we assure you our ! is not merely a visual throwaway or empty hijinks. Neither is it a public punchline to a private joke, a snooty/snotty academic tic, nor a precious hipster eye-roll.  It’s not a “brand.” It was not intended as nostalgic homage to the many ! bands from the aughts or the many !-heavy songs of 1970s and 80s punk (although “Oh Bondage! Up Yours!,” totally). And during these times of solidarity and upheaval, let us be especially LOUD and clear: the exclamation mark in Sounding Out! is not, and has never been, tongue-in-cheek. We really, really mean it!

You already know what it is. 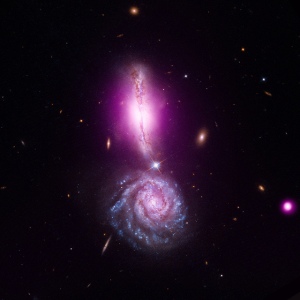 It’s a shoulder-shaking shout expressing our desire for ourselves and our writers to be heard, a sound that reaches out and touches, and hears in turn. It’s a sound that viscerally performs our down-ness, our dedication, our willingness to go there (and to stay put and listen). It’s a wail of feedback. a belly laugh. a grito. a hearty WTF. a down low OMG yes OMG (s/o to ATCQ!). a tsk of tongue against teeth. a ribcage-rattling beat. a yessssss with an ‘80s elbow pump.  It’s the sound—heard, known, and sensed—of all those women feeling themselves at Beatles concerts, of thousands of voices rising together in love, power and frustration to tell the world (yet again) that #blacklivesmatter, to #sayhername and #stopkillingus . . .it’s not a specific sound, but yet you know it when you hear it, because it gives you goosebumps.

Our “!” is a—BLAM—mic drop, mixed with the grumble of the roadie who picks it up, fixes it, and passes it on. and, oh!, that anticipatory, skin-pricking static of listening out for who’s got next.

When we decided on the blog’s title back in 2009, the ! in Sounding Out! was never a subject of debate—it just appeared organically as an organic “AHA! of course!”  At the time, the “!” acoustically mirrored of how the editorial collective communicated enthusiastically with each other, and symbolized, sonically and ineffably, how we thought and, more importantly, felt about the mission we laid out for ourselves and the blog, the mission we explore, challenge and renew in the company of our readers each July.  That “!” puts in deeply resonant WORK, with dedication and feeling, just like we do—through words, but beyond, above, around, and below them too, hitting all those affective frequencies we don’t—or can’t—often talk about.  It’s a sound that, like us, merges and keeps changing with history, context, and experience.

Here’s what the “!” has meant, and sounded, in our seventh year:

This spring, we completed our indexing project, which has been years in the making, with the dedication and assistance of our three undergraduate interns from the Binghamton University English Department: Daniel Santos, Dhruv Sehgal, and Michele Quiles.  In exchange for mentorship and the opportunity to throw themselves into the inner workings of SO!, these three tirelessly compiled a hotlinked listing of each and every post we have ever published (of which today’s is the 466th!).

Click here to view the index in all of its scrollable glory!

You can reorganize the list by title, date, or author—whatever suits your needs.  We hope this continues to keep our very worthy back catalog in circulation and that SO! only becomes easier to read, teach and learn from!

And, of course, we extend huge, hearty, and numerous praise-hand emoji thank yous to our trusty Assistant Visual Editor, Will Stabile, to Special Editor Neil Verma, who curated several series for SO! Thursdays this year, and to you, our dedicated writers, readers, retweeters, word-of-mouthers, sticker bearers, and general good vibe givers.  We are here because you are!

This year found our podcast series—helmed by Multimedia Editor Aaron Trammell—more experimental and sonic than ever.  While continuing to offer recordings of symposia (here’s one on Dirty Jerz punx), soundwalks (here’s one aural trip through Yoshiwara, Tokyo), and documentaries (here’s one on the New England Soundscape Project), our podcasts have included more installation work, bringing the sound art of folks such as Cecelia Suhr (“From Ancient Soul to Ether”) and David Mollin and Salomé Voegelin (“Languages of Exile”) directly to your inboxes, earbuds, and audiostreams. By way of celebrating our 50th (!!!!!!!) podcast, AT also handled some audiophile beef regarding our so-called “low-fi” aesthetic in his February 2016 post “A Manifesto, or Sounding Out!’s 51st Podcast!!!,” click here to read more about how and why we sound like we do.

Sounding Out! continued to push the boundaries of the field of sound studies this year, geographically and intellectually.  We continued to amplify artists, scholars, research, and experiences beyond the US borders, this year focusing intensively on Canada (see the bold “Unsettling the World Soundscape Project” series curated by Neil Verma, edited by Randolph Jordan and featuring himself, Vincent Andrisani, and Mitchell Akiyama, ) and focusing more intensively on Asia, particularly Thailand, Indonesia, Japan, China-via-Canada (in an excellent post by University of Southern California graduate student Christopher Chien on how format–and so-called “surface noise” record and express diasporic movements) and the pan-Asian performances of transgender sound artist Tara Transitory (Singapore, Vietnam, and Laos, as analyzed in a moving post by Justyna Stasiowska, a PhD student at Jagiellonian University in Poland).  We also began an experimental multi-part series tracing Rui Chaves‘s efforts to develop new, more context-oriented methods to archive Brazilian sound artists that will continue through early next year. 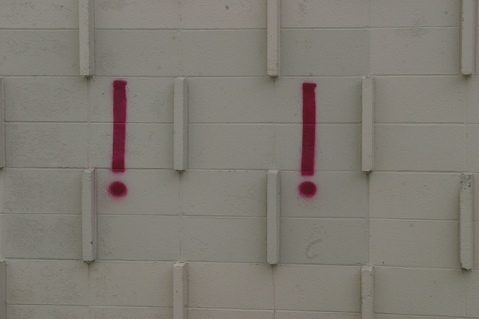 Not to be outdone, our individual posts, too pushed the study of sound toward new knowledge, perspectives, politics, and ethics.  In year 7, SO! documented how recording amplifies acts of protest and makes them “multi-sited,”  identified “Afecto Caribeño” across migrations of time, space, and media, remembered the sound of Public Enemy’s afro-future twenty-five years on, broadcasted live from the Radio Preservation Task Force Conference at the Library of Congress, delved into the “slow, loud, and banging” sound Paul Wall pumps out of Houston’s slabs, eulogized the sound of freedom Prince offered his listeners, questioned how “listening fits into reparative justice for the victims of sterilization,” and shouted Sandra Bland’s name, LOUD.

7.0 brought us our first regular podcaster, Native American (Ojibwe) interdisciplinary video artist and scholar Marcella Ernest (Phd Candidate in American Studies at the University of New Mexico, listen to her exemplary “Finding the Lost Sounds of Kaibah” here) and two new regular writers, Robin James (Associate Professor of Philosophy at UNC Charlotte) and Justin Burton (Assistant Professor of Music at Rider University) both of whom think through the vexing but productive nexus between popular music and sound studies. Justin and Robin engage each other’s work in an ongoing dialogue about music, race, and gender even as they push toward diverse theoretical horizons and musical genres.

SO! continues to bring you the best, most exciting and incisive work in the field because we GO there–there in this case being conferences, concerts, art openings, receptions and other happenings–and we listen, meeting potential writers and encouraging them to become part of Team SO! and share their work with our readership.  We work hard to merge the amazing technological opportunities for digital communication with the best of “IRL” camaraderie and collegiality, opening up new affective channels that nurture ideas and accountable communities.

This past year, SO! editors repped the blog in person in Toronto, ON (#2015ASA); Washington DC (#rtpf); Riverside, CA (#showprove16); Stony Brook, NY (#periodsandwaves); Madison, WI; Los Angeles, CA; Irvine, CA; Houston, TX, New York City, NY; Albuquerque, NM, Las Vegas, NV, and Montreal, Quebec. We gave talks, checked out panels, livetweeted, co-sponsored events (hip hop concert by Sammus, anyone? YES PLEASE!), met one-on-one with graduate students, attended caucus meetings, ran for office, worked rooms, gave workshops on digital publishing, and even passed out the last (!) of our yellow-and-red stickers.  In short, we hustled to be present for you and for the work, and we will continue on into year 8! 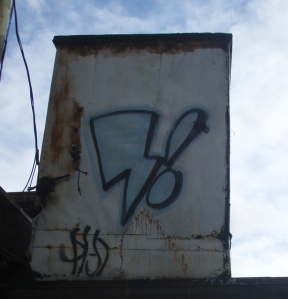 Our ongoing SO! Amplifies series really took off this year, and we took seriously the task of scouring the web to bring you truly innovative praxis in sound.  It’s purpose is twofold: to increase your awareness of cool people and projects engaging sound as an active medium–listen to them! write about them! spread the word!–AND to present insight into how archivists, makers, editors, and curators understand their own work, a sort of “behind the sound” perspective into their work.  This year, we brought you preservation outreach! apps + maps! hashtag projects! podcasts! archives! art exhibits!

The “notes” on our Facebook page is *still the best place to hear about calls for art, calls for posts, and upcoming conferences, shows, and volumes in sound studies. “Like” us here and please continue to keep us in the loop regarding new projects. We love to signal boost!

See what’s new with SO! authors and community members this year (courtesy of managing editor Liana Silva). Congratulations everyone (and keep those cards, letters, and pitches coming!).

Jennifer Stoever is co-founder and Editor-in-Chief of Sounding Out! She is also Associate Professor of English at Binghamton University.