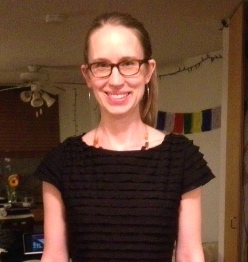 Meghan Drury is a fifth-year Ph.D. candidate in the Department of American Studies at the George Washington University. She received an MA in ethnomusicology from UC Riverside in 2006. She is currently working on a dissertation tentatively titled “Aural Exotics: The Middle East in American Popular Music 1950-2011.” This project examines the interplay between popular music and American cultural representations of the Middle East from the mid-20th century to the present, illustrating how music and sound acted a means of consolidating and disseminating a range of ideas about Middle Eastern culture in the American mainstream. She is particularly interested in the way that sound increased the visibility of Arab Americans both before and after 9/11, offering a space for negotiations of identity. More broadly, Meghan’s interests include sound studies, U.S.-Middle East cultural relations, and Arab American cultural performance.