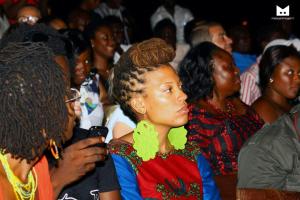 Sionne R. Neely received her Ph.D. in August 2010 in American Studies & Ethnicity from the University of Southern California. Her dissertation examines how music artists in Ghana create transnational work alliances in response to shifting political regimes under independence, from Kwame Nkrumah’s administration to the present. Since 2005, Dr. Neely has recorded and archived more than 150 interviews with creative artists and industry professionals based in Ghana. In 2010, Dr. Neely co-founded ACCRA [dot] ALT, a cultural organization that promotes the alternative work of emerging Ghanaian artists through innovative programming and international exchange with artists worldwide. In 2011, she co-produced the Accra homecoming concert and documentary film for hip hop artist Blitz the Ambassador and Afro-Pean soul duo, Les Nubians. She is co-producer of Gbaa Mi Sané (Talk To Me), a short documentary film that explores the creative process of young visionary artists in Ghana (to be released in Summer 2013). Dr. Neely will also publish an article on hip hop practices in Ghana in the forthcoming Cambridge Companion Series (Fall 2013).