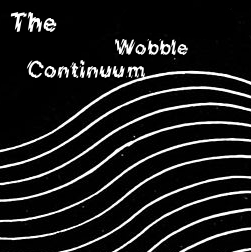 Things have gotten wobbly. The cross-rhythms of low-frequency oscillations (LFO) pulsate through dance and pop music, bubbling up and dropping low across the radio dial. At its most extreme, the wobble both rends and sutures, tearing at the rhythmic and melodic fabric of a song at the same time that it holds it together on a structural level. In this three-part series, Mike D’Errico,Christina Giacona, and Justin D Burton listen to the wobble from a number of vantage points, from the user plugged into the Virtual Studio Technology (VST) of a Digital Audio Workstation (DAW) to the sounds of the songs themselves to the listeners awash in bass tremolos. In remixing these components—musician, music, audience—we trace the unlikely material activities of sounds and sounders.

In our first post, Mike will consider the ways a producer working with a VST is not simply inputting commands but is collaborating with an entire culture of maximalism, teasing out an ethics of brostep production outside the usual urge for transcendence. In the second post, Christina will listen to the song “Braves” by a Tribe Called Red (ATCR), which, through its play with racist signifiers, remixes performer and audience, placing ATCR and its listeners in an uncanny relationship. In the final post, Justin will work with Karen Barad’s theory of posthuman performativity to consider how the kind of hypermasculinist and racist signifiers discussed in Mike’s and Christina’s pieces embed themselves in listening bodies that become sounding bodies. In each instance, we wade into the wobble listening for the flow of activity among the entanglement of producer, sound, and listener while also keeping our ears peeled for the cross-rhythms of (hyper)masculinist and racist materials that course through and around the musical phenomena.

So hold on tight. It’s about to drop.