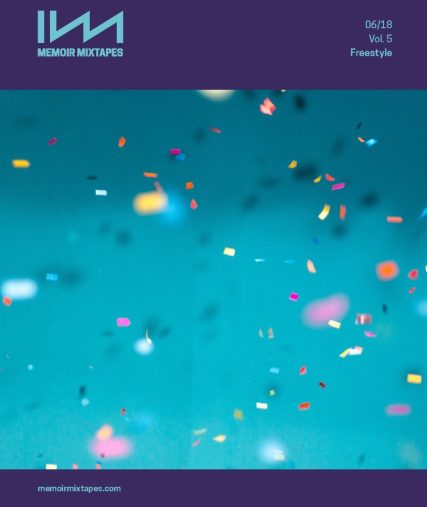 “The mashup of the two things we all love to talk about: ourselves & music”

Memoir Mixtapes is a nonprofit literary magazine that is entirely volunteer-run. Created by Samantha Lampf, the idea for the magazine came about on a commute home from Santa Monica to Koreatown in 2018. At the time, Lampf’s life was rapidly changing. After marrying, moving to Los Angeles and changing her career path, she felt as if something was still missing. When “Silver Springs,” by Fleetwood Mac, came on the radio —  an artist her dad used to play constantly. Lampf was immediately transported to a specific time in her childhood where she experienced insomnia and depressive thoughts, saying “the music taunted me at all hours.” Soon after, she had the thought to write an essay about this song. She then began to think that many people had their own stories about songs, and Memoir Mixtapes was officially underway.

The first call for submissions was put out that night, and Lampf was unsure if she would receive more than five pieces. However, the first volume, titled “Origin Stories,” published 34 tracks. Since then, they have published eight volumes, with topics ranging from guilty pleasures to our personal anthems. Each volume consists of creative nonfiction submissions and a song (or two) to accompany each piece. The goal of the magazine is to use music as a natural provocation of emotion and memories, using music to connect with each other while reading about some of our most personal experiences.

While Memoir Mixtapes’ primary focus is their full volume works, they also support other literature about music or memoir that might not fit into their main magazine topics. Deep Cuts, a section created for these pieces, features recordings, visual art, playlists and more. Not a writer, but still interested in the project? Consider sharing a song recommendation! All you have to do is create an account on Medium and follow the steps listed on the website for a chance to have your song featured either Monday, Wednesday, or Friday.

Memoir Mixtapes is special because it gives us a way to discuss the impact of music on our lives. Music is an integral part of birthdays, weddings, religion and many other cultural practices, yet we often understand music as a separate entity from identity — one that is universal in its message rather than individualized and personal. However, writers at Memoir Mixtapes are allowing us to listen to music as they experience and hear it, providing us with a new method of listening to songs we have our own histories with.

If music and memoir sounds appealing to you, check out the Memoir Mixtapes magazine to read, listen or submit a piece of your own — they have rolling submissions, so submit anytime!  For their tenth volume, Memoir Mixtapes is ready to talk about  “Ballads & Breakups,” or the whimsical, disastrous search for love. As their page states, “if you felt it in your heart, we want to read it.”  Calls for submissions are open now until June 30th!

Kaitlyn Liu is a freshman at Binghamton University majoring in English Literature with a concentration in rhetoric. Kaitlyn takes interest in writing about gender and race along with other intersectional classification systems. Kaitlyn currently writes for the opinions section for the student newspaper, Pipe Dream, as well as working as a copy editor. Outside of writing, Kaitlyn enjoys reading historical fiction and singing for Binghamton University’s oldest co-ed a cappella group, the Binghamtonics.

SO! Amplifies: Cities and Memory–Stuart Fowkes