Editor’s Note: I hate to interrupt our busy readers, but I just wanted to mention that today’s post by Osvaldo Oyola marks our last entry in SO!‘s July Forum on Listening.  For the full introduction to the World Listening Month! series click here.  To peep the previous posts, click here.  Also, look for our #Blog-O-Versary 3.0 post coming up on July 27th, a multimedia celebration of three years of Sounding Out! awesomeness (complete with a free, downloadable soundtrack compiled by our editors and writers for your listening pleasure). Now for some pure, uninterrupted reading (we hope!).–JSA

In calling attention to listening as an activity, July 18th’s World Listening Day made me think about our social conventions around listening. While it is not uncommon for folks to pay lip service to listening’s value, this ignores the variety of ways that listening is actually socially prioritized (and the multiple meanings housed in the term “listening”).  Case in point, the officiant at my recent wedding exhorted my about-to-be-wife and me to listen to each other:  “listen for what is consistent and familiar, but also for what is new, emergent, even sweetly radical in your partner.”  When used in this sense, listening refers to a focused attention to the meaning of sound, particularly language. His words suggest that our relationship would be strengthened by listening’s ability to convey interpersonal knowledge.

While listening is certainly crucial to social bonds, my own experience as a careful and engaged listener of music suggests that some of the most crucial listening we do happens as an isolated–and isolating experience–especially when listening involves recorded sound. However, its importance to our individual well being often seems directly inverse to the (lack of) seriousness other people seem to give it. Not my now-wife, of course, but uninterrupted musical listening was not an official part of our vows, either.  There is an inherent tension between social and isolated forms of listening.

As a teenager, for example, whatever my arguments with my mom might have really been about, a frequent instigator of a blow-up was her reaction to my annoyance when she’d interrupt my listening at her whim. I’d be sitting in my room listening in anticipation for what I have often called my favorite recorded human sound–that moment in Prince’s “Adore” on Sign o’ the Times around 2:55 (music nerd correction: on the album version it is actually at 2:48) when Prince makes a little moan before the second time he sings “crucial”–and mom would burst into the room to ask me a question, giving no heed to the stereo. I often responded to this in the same way: “If I were reading or watching TV, you’d say ‘excuse me,’ to get my attention, just like you always taught me a polite person should do. But when it is music you just go ahead and interrupt as if I weren’t doing anything, but I am doing something. I’m listening to music. It’s an activity.” (Of course, you have to imagine that response laden with all the snottiness only a teenager could muster). You would’ve thought she’d understand, since my obsessive love of music was influenced in no small part by her huge collection of salsa records, but my mom’s listening is mostly predicated on embodying the music through dance. This kind of listening is not so much about close attention to the details of the sound, but rather on a visceral reception of its physicality. Again, like listening to speech, the form of listening given to dance commonly reinforces social bonds—between dance partners, among dancers in a crowd, between dancers and DJ or band.

The kind of listening I am describing cuts us off from the immediate social world. It requires that people who want your attention must rudely interrupt your listening pleasure or ask forgiveness for the interruption. Theoretically, they could wait patiently, but this rarely happens, so the listener often feels forced to downplay the annoyance that comes along with interruption, lest they break a social bond and/or belie how important this kind of listening really is to them. 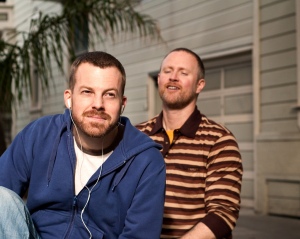 Of course, the ubiquity of headphones suggests that there are many people who want to be focused enough on their listening as to avoid interruption. (Though, that may be a chicken-and-the-egg situation, as I can’t help but wonder to what degree the headphones become an excuse for social disengagement.) Either way, it is noteworthy that the wearing of headphones become a visual clue for a desire to be isolated in the listening practice, even when in an otherwise public environment. If you are going to ask a stranger on subway for directions, you are less likely to choose the person with headphones on, and if you do choose to ask them, the headphones direct the form of social action required to get their attention and ask. It calls for a visual signal, like a gesture to remove the headphones, or even polite physical contact, like a tap on the shoulder—but you certainly would not pull the headphones off their ears and just start talking at them, as you might talk at someone listening to music through speakers if you happen to walk into the room. The invention of things like the Doffing Headphone handle, which allows headphone listeners to greet others by “doffing” their headphones like one used to do with a hat, arises from the need for isolated listeners to interact with the social world  even while enmeshed in their portable bubble of personal space. However, be that as it may, the handles have not exactly caught on.

Perhaps headphones are the just the logical evolution of crafting a listening space. They are certainly much more feasible than the ‘Yogi Enclosure’ Kier Keightley discusses in his article “’Turn It down!’ She Shrieked: Gender, Domestic Space, and High Fidelity, 1948-59.”  The “Yogi enclosure” was High Fidelity magazine’s tongue-in-cheek (and highly gendered) 1954 solution to a man’s inability to enjoy his hi-fi in a space where he is likely, the article suggests,  to be harangued by his wife and annoyed by his children.  This masculinizing of listening speaks to the social contours of what is ostensibly an individual practice. In the case of my teenaged self and my mother, I wanted my 1000th listen to Dark Side of the Moon to dictate her behavior in the way that other individual activities in a shared space dictate behavior through social conventions.  Looking back, I was also trying to claim space in her home.  I never considered how as a mom she was expected to always be available, never free from interruption no matter what she was doing.  Keightley’s article demonstrates this through explaining the construction of listening technologies as a domain of men that requires women and children to be quiet in order to allow him the pleasure of his equipment.  I could imagine my right to be uninterrupted, for my listening to be taken seriously, considered a productive activity, by virtue of my gender and my youth.   While, now that I think of it, even the majority of my mom’s record-listening and salsa dancing  accompanied household chores that fierce adherence to gender roles demanded time she might have preferred to dedicate to listening alone.

While gender politics have changed significantly since 1954, careful music listeners of any gender still seek to define the use of space through the use of sound, intentionally or unintentionally. There is a satisfaction that comes with filling a space with sound that I feel cannot be matched by even the highest quality noise-canceling headphones. Sound emerging from speakers and moving through the air creates a presence. It demands attention. It dictates behavior.  It is a kind of power. 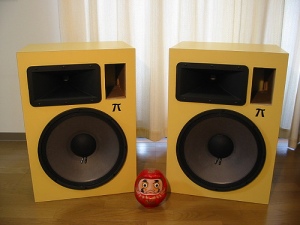 Another case in point: I can remember my college roommate and I (the same fellow who’d end up being the officiant at my wedding, coincidentally enough) traveling from store to store to try out different stereo speakers, carrying a CD copy of This Mortal Coil’s Filigree & Shadow and getting salesmen to play the soft sounds on tracks like “Thias (II),” as a test. These were the days before online comparison shopping, so in order to achieve this idealized listening experience–which for us meant the loudest and softest sounds were equally clear–we had to annoy salesmen with our self-important discussion of miniscule differences in sound quality and failure to actually purchase the costly speakers we were trying.

What I am trying to convey with this anecdote is that, while the idealized listening experience we imagined was an isolated one (probably something involving staring at the glow-in-the-dark star stickers on the ceiling of our darkened dorm room), it was born of the sociality and power I mentioned above. We were exercising a form of privilege (or at least practicing for an imagined future masculine power over the domestic sphere).  This imagined idealized listening not only required a developed understanding of what we were listening for, but a shared sense of the ideal circumstances for those focused, uninterrupted, close listening sessions.  And those ideal circumstances required a freedom from the responsibilities of social bonds, that we, as young men, never doubted we could access.   There is no part of listening (as opposed to merely hearing) that isn’t social, and both isolated and more explicitly interpersonal forms of listening feed each other, but only when both are valued, nurtured, and made possible.

I thought by exploring these isolated listening experiences that I might come closer to understanding the primacy of the visual in the social etiquette of interruption, but I am no closer. Instead, I am left to consider the dynamics of power that (dis)allow that space for close listening. All I have learned about the matter since those teenaged arguments with my mom is that, if I plan to do some real listening, I either need to be alone in the house or that the onus is on me, the listener, to make an announcement: “I will be listening to music now.” Still, more often than not, I put on my headphones.   The fact remains that without the visual signals that let others know that listening is occurring–headphones, dancing–listening as a solo activity is so often devalued and interrupted. Sound alone is not enough.

Now if you’ll excuse me, I just got Jonathan Lethem’s book on Fear of Music, and I plan on closely listening to each track of the Talking Heads’ record before and after the associated chapter in Lethem’s book. Let’s hope I won’t be interrupted.

Osvaldo Oyola is a regular contributor to Sounding Out! and ABD in English at Binghamton University.