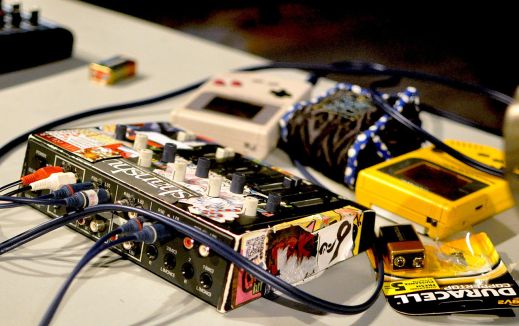 Editors’ Note: Welcome to Sounding Out!‘s December forum entitled “Sound, Improvisation and New Media Art.” This series explores the nature of improvisation and its relationship to appropriative play cultures within new media art and contemporary sound practice. This series will engage directly with practitioners, who either deploy or facilitate play and improvisation through their work in sonic new media cultures.

The first essay in this series draws from a constellation of disciplinary perspectives that investigate these critical valences, and posits both play and improvisation as critical interventions which can expose, critique and interrupt the proprietary techniques and strategies of contemporary consumer media technologies.

As media art scholars and curators of the annual Vector Game Art & New Media Festival, we are particularly interested in the conceptual convergence between critical approaches to play, on the one hand, and to improvisation, on the other. In this short essay, we therefore ask how improvisational sound-based media practices that use technologies, aesthetics, artifacts, and expressive modes of play may challenge the assimilative advances of corporate capital, carving out sites at which its logic may be opposed and confounded. We contend that there is a critical edge to the cultural milieu of playful computation through which practitioners (whether as artists or simply as players) can recuperate play from the mainstreamed sound cultures of digital capital through improvisation-based approaches. It is in this regard that play, as a participative act, rather than an interactive mode, can become a critical site by which to understand artistic interventions through contemporary technologies. This essay provokes a dialogue between theoretical avenues in popular music studies and game studies in order to show how the often-conflated practices of improvisation and play have the potential to challenge the homogenous and repetitive logic of the technological sector and the music industry. 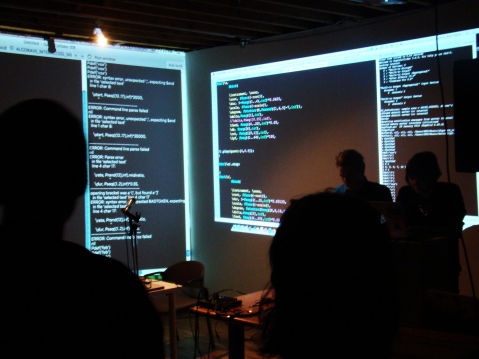 We must turn first to popular music studies where the critical valence of improvisation is a relatively well-established concept. Jazz improvisation in particular has been widely recognized as a powerful mode of political expression. Charles Hersch has argued that techniques of polyphony allow for jazz to reconcile the seemingly contradictory dynamics of individual expression and collectivity, thus allowing for the articulation of black solidarity through musical interventions (97-8). Because jazz is importantly built on appropriation-based creative models, it yields fluid, fleeting, spontaneous results that are difficult to assimilate into the entertainment industry’s property-based circuits. Digital play exhibits a similar potential of challenging the logic of capital; it harbors a powerful creative potential even in heavily commodified contexts. Play allows us (indeed, requires us) to become active in shaping the improvisational, the field of simultaneously critical, creative and performative contexts of expression. 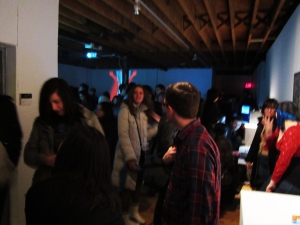 Like jazz musicians, game players embody and enact a powerful sense of potentially uncommodifiable agency. Both improvisation and play function similarly, and highlight how contexts of music-making and game-playing activate individuals as critical, expressive agents. Players guide themselves through games based on subjective, rather than imposed, motivations. We can see this emerging in gaming cultures through the rise of player-based phenomena such ‘speedrunning,’ a practice that exploits glitches and faults in a game’s architecture in order to reach the end of a game in the shortest possible time. These niche and ephemeral gaming practices highlight the degree to which practices of improvisation in play may constitute a powerful way of pushing ‘through’ capital–both literally, by accessing games through glitches in their proprietary fabric, and figuratively, if we understand such forms of play as ways to resist the capitalist ideologies embedded within the structures of games (such as the accumulation of wealth, power, or points). Having established here how game-play can act as a form of critical improvisation, this essay now intends to show how these practices of playful improvisation are manifest in the technologies, aesthetics, and the cultural contexts of sound-based art. 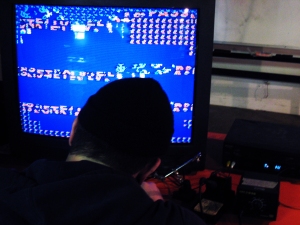 Where can we locate practices of improvisation in the context of sound art? For us, sound art is improvisational both in form and practice. First, the emerging aesthetic dimensions of the medium are fundamentally related to the participatory practices of making that have been used to develop the instruments of sound art, such as circuit bending, hacking, tinkering. Here, the playful and open-ended practices of making are a form of improvisation, a modulation within the typical technological frames in which musical composition is typically embedded. Second, when gaming devices are turned into musical instruments (or vice versa), users are called upon to rethink improvisational practice as game-play, and experiment with deploying play as composition. In this sense, game players become sound artists, with sound technologies extrapolating and improvising new sounds from the habit of their play. Improvisation and play thus allow emerging communities of practice to counteract the corporate ‘black boxing’ of entertainment technologies and the creation of closed systems of interaction and participation (such as many mainstream video games) which assimilate user activities and foreclose improvisational play.

Such approaches to sound art are represented by many creative practitioners and take a wide variety of forms, including the appropriation and creative redeployment of participative game environments and game engines. Examples include the creation of interactive sound environments and playable instruments within mainstream participative game ecologies such as the Little Big Planet franchise, the hacking and ‘bending’ of proprietary technologies that invoke the vast universe of game culture nostalgically or in a parodic mode (including handheld gaming systems such as the Nintendo Gameboy, which spawned an entire electronic music genre known as chipmusic), or the making of non-proprietary infrastructures for creative expression that encourage open, participative play, such as open source live coding environments including Sonic Pi, originally developed for the Raspberry Pi platform. Following such approaches, game controllers, digital objects, avatars, virtual architectures, and digital artifacts can thus become tools of composition and/or improvisation. Similarly, we might also think of the improvisational frameworks constructed by sound practitioners as ‘playgrounds,’ which allow players to become performers who explore the technological, political, and aesthetic limits of play. But emergent communities of creative practitioners frequently adopt such close systems and technologies subversively, for example by reverse-engineering them and developing alternative uses. In doing so, they alter the contexts in which these technologies are employed, and open them up for use as musical instruments and infrastructure for creative and critical expression. Technological artifacts with unique user communities can thus be conceptualized as frameworks for musical expression. Vintage gaming consoles, games engines, and computational algorithms have all been reconstructed as new forms of musical creation and interaction through participatory creative communities. 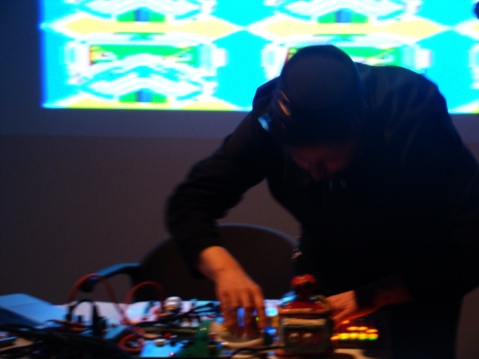 In this short essay, we have approached ‘play’ and ‘improvisation’ as related concepts that can serve to recuperate and empower critical perspectives within the game and sound cultures of capital. As we have suggested, playful approaches to improvisational sound-work and perspectives on play that are rooted in musical traditions can be productively discussed both in sound studies contexts and within game studies paradigms. How, then, do sound practitioners appropriate game technology? How do the socio-political dimensions of digital game culture inform musical practice? With the help of our contributors to this series, we explore how critical perspectives on musical improvisation aid our understanding of the cultural and socio-political significance of play and, likewise, how critical theories of play may broaden our understanding of improvisational sound practices. Through building, tinkering, problem solving, and improvising on the technological back end, creative practitioners playfully create and reshape tools, devices, and techniques of improvisational practice that often embody important ethics of openness, dynamism, fluidity, and sharing, posited against the closed culture of proprietary consumer technology by which we are commonly surrounded. Between live coding, modular synthesis, creative computing, hardware hacking, and appropriation-based interactive performances, the contributors to this series operate in many creative modes that oscillate between improvisation and play. What all of them share is a sense that both play and improvisation enable creative expression outside of prescribed, commodified circuits of media consumption. Improvisation and play can yield wonderful aesthetic experiments and experiences, they can provide critical, social commentary, and they can sharpen our sense of the impact that proprietary technology has on our digital cultural landscape. What we are most interested in are moments when these ambitions converge, when improvisation – drawing on techniques or technologies of play and operating in modes that are associated with play – becomes critical.

Skot Deeming is an interdisciplinary artist, curator and scholar, whose work spans the spectrum of new media art practice from broadcast media to computational art, experimental videogames, and game art. Drawing on a wealth of practical experience and theoretical knowledge, skot’s practice focuses on new media history and historiography, and DIY technology cultures. This work articulates itself through critical research and writing, exhibitions, installations, and performances. With Martin, Skot is the co-curator of Vector Game Art & New Media Festival., in Toronto, Canada, and the artistic director of the Drone Island Sound Art Festival in Yellowknife, NT. He currently resides in Montreal where he is a doctoral student in the Individualized Program at Concordia University, and a member of the TAG Research Centre, where he investigates critical histories of computational and new media art practices. http://www.mrghosty.com/

Martin Zeilinger (PhD) is a new media researcher, practitioner, and curator whose work focuses on the intersection of digital media art, activism, and intellectual property issues. He is a Lecturer in Media at Anglia Ruskin University, Cambridge/UK, as well as an Associate Researcher at the OCADU Data Materialization Studio. He is co-editor of ‘Dynamic Fair Dealing’ (Univ. of Toronto Press 2014), which develops interdisciplinary perspectives on cultural ownership issues in new media contexts; recent peer-reviewed essays have appeared in the Computer Music Journal, the International Assoc. for the Study of Popular Music Journal, and in Sampling Media (Oxford UP 2014). With Skot, Martin is co-curator of the Toronto-based Vector Game Art & New Media Festival. http://marjz.net/

Sounding Out! Podcast #45: Immersion and Synesthesia in Role-Playing Games 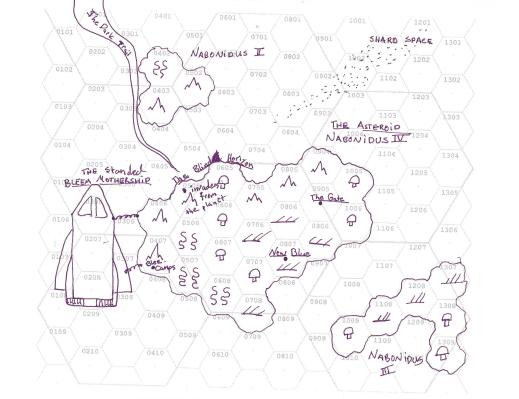 In tabletop role-playing games like Dungeons & Dragons players collaboratively and improvisationally create and explore imagined worlds primarily constructed through speech. In this episode Nicholas Mizer explores what it means to bring those imagined worlds into the shared space of play. Through interviews and recordings of games sessions with a dungeonmaster names Liz Larsen, he explores the importance of what Liz calls “color, song, and choice diction,” for kidnapping this reality with the imagined one. This podcast investigates the often sonic and synesthetic methods needed for conjuring these fantastic realities.

Nicholas Mizer is an anthropology PhD candidate at Texas A&M University.Besides role-playing games his research interests include folklore, mythology, ritual, phenomenology, interpretive anthropology, performance studies, and geek culture.  His dissertation explores how players of tabletop role-playing games collaboratively experience imagined worlds. He is an editor for The Geek Anthropologist and produces Spot Check, a Youtube series about his research on gaming.

Featured image “Map of Nabonidus IV” by Liz Larken. Used with permission by the author.

Sounding Out! Podcast #5: Sound and Spirit on the Highway – David B. Greenberg