The Role of Sound in Video Games: Pong, Limbo and Interactivity

Recently, I’ve been amazed by how well the sound design of the new Xbox LIVE game Limbo has been able to coax me into various degrees of panic. Visually, the game is monochrome – black, white and various shades of grey sink into and out of the television as I guide the main character, a little boy, through the landscape of his nightmares. Tension builds as sound is used to announce off-screen dangers as they slowly creep across the screen. The muffled thud-thud of a giant spider on the left prompted me to run to the right where I suddenly encountered the deadly scream of a buzz-saw roaring toward me. It’s scary stuff.  An ambient sound-layer is interrupted only by an occasional feedback crescendo or the rustling of the world’s many dangerous occupants. The soundtrack of Limbo says a lot about the game, which in turn says a lot about our culture. Video games are rarely the object of analysis for sound culture studies, this is fairly counterintuitive considering both their social impact and technological nature. Should sound studies take a closer look at video games – where would it start? 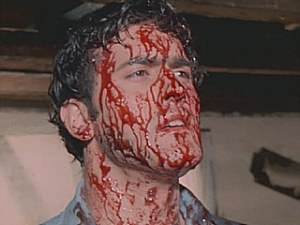 One option is to consider the game historically, as the convergence of several media discourses. First, there is cinema: The soundscape of Limbo borrows the formula that set the stage of desolation for so many low-budget horror movies. Consider the eerie silence of a horror movie like The Evil Dead and how there is a deliberate quiet within it’s conversation and music. These sonic memes are intended to invoke tension and surprise within the audience. Bruce Campbell, who plays the hapless protagonist, Ash, creeps through a similarly nightmarish landscape, inviting the listener into the soundscape of leaves, creaks, and screams. In a tradition, indebted to the aesthetics of Hitchcock, quiet soundscapes allow for broad dynamic shifts, juxtaposing safety and danger.

Another important discourse is that of video game history. Broad dynamic shifts in video games, have not always been the result of a deliberate horror aesthetic. Video games lacked sound until the release of Computer Space in 1971. A year later, the same creative team, Nolan Bushnell and Ted Dabney, would later found Atari and release Pong. Though Pong was a clone of an electric ping-pong game for 1966’s Magnavox Odyssey, Bushnell convinced Al Alcorn, the lead engineer, to hack-in sound. Silence, blips and beeps were for almost 25 years a result of hard technological limits in video games. As CD driven consoles were released in the mid-nineties, game sound was able to become more sophisticated, eventually integrating popular music seamlessly into games like Tony Hawk Pro Skater. Although game soundtracks were no longer constrained by the draconic limitations of console circuits (The Atari VCS was often unable to set its two lead voices to a similar scale – Karen Collins describes this more fully in her article “In the Loop”), game sounds still depend on the limitations of programming code. Limbo offers the latest technology, sound designer Martin Stig Anderson, has explained how advances in programming language have helped him to accommodate dramatic shifts in player control.

Game sound has always focused on the interactive, and Limbo is a great example of this development. Although games like Super Metroid and Portal have used ambient sound to emulate cinema, Limbo presents a living soundscape. Able to freely traverse the world, players can control the score of Limbo, a sign that music is becoming interactive in new ways. Is this a meaningful sign of technological convergence, or simply a reiteration of the existing aesthetic tropes?  You decide.

5 responses to “The Role of Sound in Video Games: Pong, Limbo and Interactivity”