SO! Podcast #75: Wring Out Fairlea 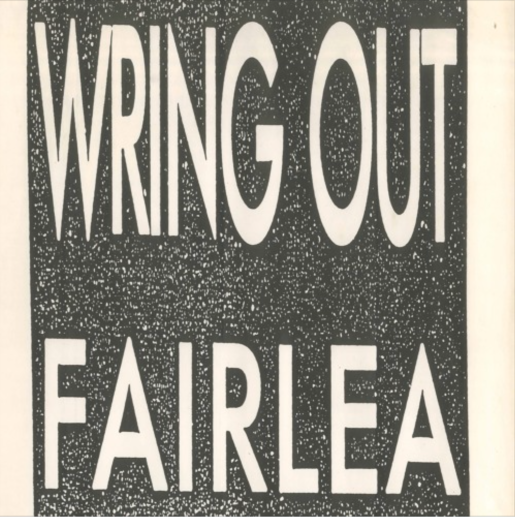 This podcast commemorates the thirty-year anniversary of the first Wring Out Fairlea demonstration, which was organised by the Coalition Against Women’s Imprisonment to take place at the former Fairlea women’s prison in Melbourne on 26 June 1988. The Wring Out action was repeated three more times over the next eight years, bringing thousands of people to encircle Fairlea prison in protest and in solidarity with the women inside.

The podcast draws on original broadcasts of the Wring Outs and interviews with activists. It grows out of a collaborative research project conducted by Bree Carlton and Emma Russell on the history of an anti-carceral feminist movement in Melbourne, Australia.

The podcast is produced and narrated by Emma Russell at the studios of 3CR Community Radio in Naarm / Melbourne, on the land of the Wurundjeri people of the Kulin Nations.

Featured image used with permission by the author.

—
Emma Russell’s research centres on social movements, punishment and policing. It aims to interrogate punitive logics and the nature of carceral and securitised space. Emma is particularly interested in feminist and queer activist histories, theories of prison abolition, and sound as a tool for understanding carceral space and resistance.
—

REWIND! . . .If you liked this post, you may also dig:
Sounding Out! Podcast #59: Soundtrack to the Women’s March, Santa Ana–Aaron Trammell