In 2015 a video of a child in an Internet café in the Philippines began to trend on social media sites. Titled, Kanta ng isang Anak para sa kanyang inang OFW “Blank Space“ (“Song of a child for her overseas foreign worker mother”), the video shows a girl singing via Skype to her mother who is working in an unnamed location, presumably outside of the Philippines. “Ma kakantahan ulit kita ha?” (I’ll sing for you again mom), she says, and starts singing Taylor Swift’s “Blank Space”. Her mother attentively watches and listens to her song, soon beginning to cry in longing for a daughter she has not seen in a long time. The girl’s attention is divided between the screen that shows the lyrics, the camera that films her singing, and her mother who quietly observes. This video has over 110,000 views and is one of many archived messages from a child singing or speaking to their mother who labours transnationally. Despite the videos’ jittery framing and low quality, the intended message of shared longing across cyber and transnational borders is clear.

The Spanish-American war (1899-1902) resulted in the relinquishment of the colony of the Philippines from Spain to the United States. This transfer of power instituted the imperial specter that continues to grip the archipelago. The many performances of American pop music on Youtube and on stages throughout the Philippines are what Christine Bacareza Balance calls the “musical aftermath of US imperial cultures” (2016). Having amassed over 97 million YouTube views in the Philippines, Taylor Swift’s overwhelming popularity is evidence of this continued imperial presence. In the video, the young Filipinx girl sings lyrics written by Swift: “I’m dying to see how this one ends. Grab your passport and my hand.” When sung by this child these lyrics take on different meaning than Swift likely intended. Perhaps she is anticipating an end to the necessity of separation between mother and daughter.

Using song, the video provides evidence of what Hannah Dyer calls the ‘asymmetries of childhood innocence’ (2019), reminding its audience of the ways transnational labour and global capital impact children’s experiences of kinship and development. Dyer suggests that some children are withheld the protective hold of childhood innocence. She writes:

“Childhood innocence is a seemingly natural condition but its rhetorical maneuvers are permeated by its elisions and attempted disavowals along the lines of race, class, gender and sexuality. That is, despite the familiar rhetorical insistence that children are the future, some children are withheld the benefits of being assumed inculpable (2)”

Ascriptions of childhood innocence thus require a child to replicate social norms including the production of the nuclear family. In the Philippines, where the liberalization of international trade and high levels of unemployment have disproportionately impacted the labour migration of women, structures of the nuclear family are being re-organized (Parreñas 2005; Tungohan 2013). Women who work outside of the Philippines and away from their families are paradoxically celebrated for their “sacrifice” while also subject to disapproval over their absence (Tungohan 2013). When mothers leave the Philippines, the care-arrangements for children are shifted. There is a growing recognition of the changing nature of motherhood within transnational contexts and the concomitant emotional consequences of negotiating “long distance intimacy” (Parreñas 2005). The demands for transnational labour reconfigure Filipinx family formations and necessitate fraught intimacies between parent and child across borders. Cyber technologies like cell phones and the Internet initiate creative opportunities for children to be “virtually present” in the lives of their mothers and vice versa. 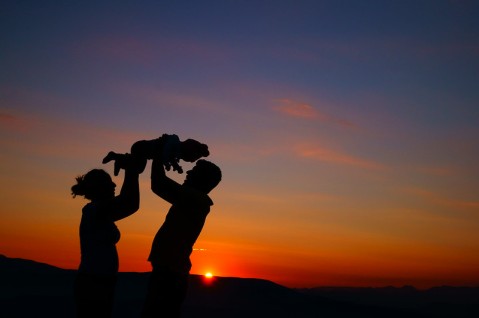 Drawing from Dyer, we might think of children who live without the physical presence of their mothers as “queer” to normative theories of childhood development that affirm overwrought expectations of maternal presence. She suggests that discourses of childhood innocence intend to subjugate the queerness of childhood and that these elisions hold bio-political significance. Faced with social inequities, Dyer emphasizes the importance of a child’s symbolic expression. She argues that children express their psychic and social conflicts aesthetically. A child’s imagination elaborates resistances to the enclosure of childhood innocence as a barometer of value. In this way, this article suggests a child’s singing and dancing are aesthetic expressions that take notice of the entangled traces of colonialism and nation, while resisting hierarchal structures that deem some childhoods more valuable than others.

The child’s sonic performance in the YouTube video is a queer offering that creatively procures transnational connection. Her singing registers a queer frequency that destabilizes normative theories of child development that assume a mother’s physical presence as necessary to developmental success. The girl’s performance suggests that psychic and political reparations can occur in the sounds the child makes. The tactile, spatial and physical qualities of her voice forge a new relation to her mother. Her voice is affecting, seemingly moving her mother to tears and rousing the onlookers at the Internet café to reorganize their bodies and sing along. In this video, we are invited to witness a child whose world has been altered by globalization and the continued geo-political violence’s enacted by the American empire. Given these circumstances, her “creative re-interpretation[s] of kinship” serves as a reminder that the affective fortitude of her voice tests physical and emotional borders (Dyer 2019). The restraint of normative conceptions of family is ruptured when the child remakes her relation to her mother in ways that stir joy, collectivity, and pleasure.

By observing and listening to the child’s song more closely, we can listen for its potential to re-sound and re-imagine the parent-child relationship across borders. The sounds of “OFW Blank Space” linger after the clip has ended. By listening for what is in excess of the video’s content, we can consider the affective registers that enunciate alternative understandings of migration, family and belonging. There is a humming that is ubiquitous in the video. Perhaps, it is the sound of the electric fans that run to combat the tropical heat of the Philippines. Maybe it is the collective buzzing from the computers that have been set up to provide the Internet to its cybercafé patrons. The acoustics of the space are at once mundane and haphazard, and at the same time, cogent indicators of the geopolitical truths echoing throughout the scene. With limited access to Internet in the home, the cybercafé has been a site that children frequent to communicate with family working in another country. The convergence of sound, technology and diasporic subjectivity becomes audible when the practice of listening is attuned to these methods of transnational connection.

While listening to the pedagogical potential of the cybercafé more broadly, a focus on the vocal performance of the child reveals my investment in what the sound of her voice tells us. The video starts with greetings spoken in Tagalog, the primary language of the Philippines. When the backing track begins, the child makes a seamless transition into singing in English. In her vocal performance of the lyrics, her Filipino accent is almost undetectable. She sings with a dulcet tone that is clear and appealing. Her voice sounds well-trained and confident. If not for the video, one might believe the child to be a professional American performer. In this scene, it is her voice that is marked and constituted by a narrative of American imperial conquest and Filipino assimilation. But in a creative adaptation of American cultural production, the child re-writes this racialized script and uses American pop songs as a mechanism of care for both herself and her mother.

The economic instability in the Philippines has created a state instituted transnational workforce. Women have been disproportionately affected by the demand for work in care industries such as nursing, childcare and care for the elderly (Francisco-Menchavez 2018). These gendered and racialized structures of employment privilege the presence of Filipinx women in families other than their own. The child is withheld a future that assures her the presence of her mother and their physical proximity is denied as a result of the demand for labour and capital exchange between nation-states. However, despite these circumstances, the child uses her voice to summon a beautiful intimacy, one that does not disavow the imperial history that marks its possibility, but instead uses loss as a resource to creatively mourn their separation. For the child, the act of singing is a replacement for her lost object, her mother. In the video we witness a child who is full of joy and whose strength of voice quells, if not, temporarily, whatever longing for her mother she might have. Relatedly, the child is also perceptive of her mother’s needs and uses music as a method of offering her care. Her performance creatively re-routes the presumed directionalities of care (from mother to child) which globalization has fundamentally altered.

Casey Mecija is an accomplished multi-disciplinary artist, primarily working in the fields of music and film. She played in Ohbijou, the Canadian orchestral pop band, and released her first solo album, entitled Psychic Materials, in 2016. Casey is also an award winning filmmaker whose work has screened internationally. She is completing a PhD at The University of Toronto, where she researches sound, performance studies and Filipinx Studies as they relate to queer diaspora.