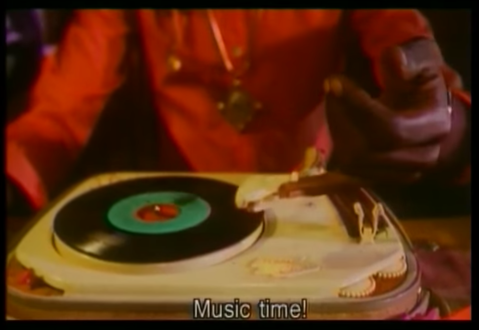 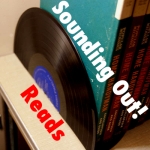 While most books are confined to the pages held within them, Tsitsi Jaji’s Africa in Stereo (2014) begins with a link to an aural space: the book’s companion site, hosted by Oxford University Press. There, readers find a range of images and recordings referenced in the text: an excerpt from Bob Marley’s 1979 “Zimbabwe,”  a recording of Léopold Sedar Senghor’s speech on métissage, and scenes from John Akomfrah’s 1995 Last Angel of History, which was produced through Black Audio History Collective. This collection of primary sources signals Jaji’s commitment to not only foregrounding the sensory–and in particular the act of listening–but also to creating a sonic archive of the twentieth-century Black Atlantic. 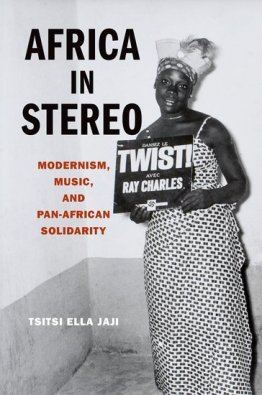 The site’s own characteristics mirror the theoretical ambition and methodological innovation of the book itself, which, in simplest terms, considers how Africans heard (and “read”) African-American music in the twentieth century. While the focus on listeners, audiences, and consumers might–in different hands–tend toward a kind of passivity, for Jaji it becomes a rich heuristic for understanding how Africans navigated modern media. By centering Africans as listeners and consumers, Jaji not only challenges the “originary” or “native” status of Africans in the diaspora but moreover uncovers new strategies for understanding the dialogic and intermedial processes through pan-African politics and culture were formed. She does so through a wide range of sources–including recordings, transcriptions, film, literature, websites, and magazines–which become an unprecedented archive of what Jaji terms “stereomodernism,” a “heuristic for analyzing texts and cultural practices that are both political and expressive, activated by black music and operative within the logic of pan-African solidarity” (14). Located largely in Senegal, Ghana, and South Africa, the book thus explores how music in particular helped to define real (and imagined) relationships across the Black diaspora.

After detailing her scope and methodology in the first chapter, Jaji then moves into  substantive analysis in the following five chapters, which are organized around different modes of listening and reading, but are nevertheless chronological. She begins with the early twentieth century and in particular the work of transcription, which describes the act of creating musical notations for a recording or a piece of music.  Looking at a group of South African writers, including Solomon Plaatje, John and Nokutela Dube, and Charlotte Maxeke, Jaji argues that the medium of transcription was in fact a way of finding (and sharing) oppositional strategies from the African-American musical tradition. As this chapter suggests, the liberatory potential in the musical form was amplified by the act of transcription, which created new linkages among South African and African American writers.

Jaji next turns to what she terms Négritude musicology, which serves as a rubric for reassessing Léopold Sédar Senghor’s theorization of black culture from the 1930s through the 1960s, a period that encompassed the explosion of interest in African-American music in the Francophone world. Influenced by both African-American writers and French jazz critics, Senghor found in jazz (and blues) a potent metaphor for the essential beauty and power of Black cultural traditions. Reminding us of the extraordinary gift of this poet-statesman, Jaji’s analysis clarifies the sonic dimensions in his poetry and prose–the “fricative phonemes” (77) and “rhythmic tension” (77)–and connects it to African-American aural traditions, like Stephen Henderson’s “worrying the line” (76) or Samuel Floyd’s “repetition with a difference” (75). She ends this chapter by returning to the culmination of Senghorian négritude–the 1966 World Festival of Negro Arts in Dakar–and how it became a critical forum for debating the meaning of Black Atlantic music. 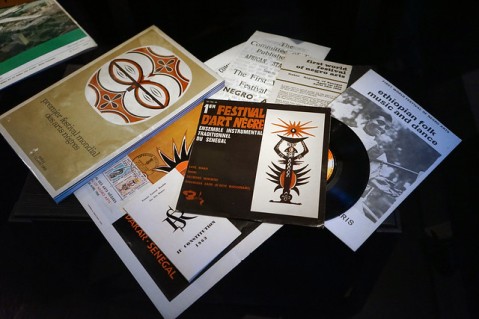 In one of the most exciting chapters, Jaji focuses on two magazines–Zonk! (South Africa) and Bingo (Senegal and France)–not so much to mine evidence of authorial intention but instead as a means to consider African women envisioned their realities and futures. In these magazines, Jaji finds evidence for how women would have navigated the emergence of new media forms, including magazines, radio sets, LPs, and film. While the advertisements suggested that modernity needed to be “ratified through consumption” (111), Jaji instead argues that women engaged in what she terms “sheen reading,” which enabled them to read these new forms critically and to, in effect, become modern through their critical engagement of consumerism and the new “audiotechnological landscape.” While specific in many respects to postwar Africa, Jaji’s careful and clear analysis of gender, media, and sound could (and should) be a heuristic for scholars in other domains.

While focused on distinct media forms, the last two chapters together help clarify the work of memory and futurity in the late twentieth century Black Atlantic. Jaji first examines the recording and reproduction of narratives of the Middle Passage, moving from Ghanaian poetry  to the 1971 documentary Soul to Soul to many diasporic memoirs set in Ghana. Building from this corpus, Jaji considers the possibilites and limits in these varied acts of memorialization, particularly in response to the immense loss of transatlantic slavery.

The final chapter begins by looking at the memorialization of older technology (or “technonostalgia”) in two Senegalese films, Ousmane Sembene’s Camp de Thiaroye and Moussa Sene Absa’s Ça Twiste à Popenguine. Both films include scenes of somewhat furtive, or secretive, listening to African-American music on record players, which thus takes on a new kind of political meaning not simply because of the sounds themselves but in fact because of the “sonic world” that each has disrupted by introducing the literal and metaphorical record scratch.

Building from this analysis, Jaji considers how piracy figures into Black Atlantic musical formations in the digital age, using a film, novel, and the internet radio project, the Pan-African Space Station, which creates a future claim to pan-African solidarity not only by rejecting the logic of colonial and apartheid radio, but also the disingenuous claims to openness peddled by multinational corporations. The site doesn’t feature “podcasts”—and their barely disguised endorsements of “pod” products—but instead shares its own “passcasts” to open up the truly liberatory potential in music.

This last illustration exemplifies the broader impact of Jaji’s work, which clarifies the centrality of Africa (and African people) to global flows of media and culture and provides a powerful model for placing race, pan-africanism, and Black cultural production at the center of sound studies. 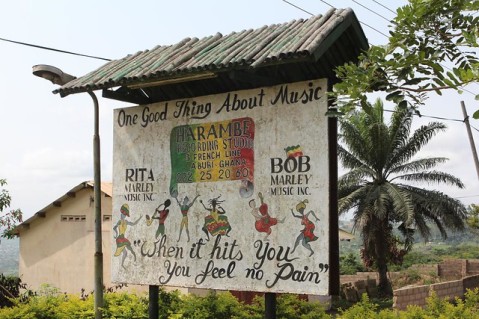 In this, Jaji joins an exciting conversation among scholars who have challenged the ways in which the history of sound and technology have, as Alexander Weheliye has described, been heretofore been read as a white, Western project. This intervention is audible in a range of recent scholarship, including recent work on sound and empire by Ronald Radano, Tejumola Olaniyan, Hisham Aidi, J. Griffith Rollefson, and Michael Denning; in analyses of race and sound by Josh Kun, Dolores Inés Casillas, Jennifer Stoever, and Nina Eidsheim; in studies of sound in Africa by David F. Garcia, Robin D.G. Kelley, and Eric Charry; and finally, in recent interdisciplinary work that has explored the varied soundscapes of the African diaspora, including work by Shana Redmond, Tina Campt, Louis Chude-Sokei, Vanessa Valdés, Ingrid Monson, Njelle Hamilton, and Edwin Hill. What distinguishes Jaji’s work is her profound re-reading of the act of listening, which becomes in her analysis a critical means of challenging the racist logic of consumerism and empire. Indeed, she ends her book by asking the reader to “Come, listen with me.” After reading Africa in Stereo, it becomes clear that this request—and admonition—to simply listen is neither passive nor deferential, but instead a liberatory act, and one that has the potential to change the field.

Celeste Day Moore is assistant professor in the Department of History at Hamilton College and is a historian of African-American culture, media, and technology in the twentieth century. She is currently completing first book, Soundscapes of Liberation, which traces the history of African-American music across the Francophone world, wherein it took on new meaning, value, and political power alongside the decolonization of the French empire. Most recently, her work has appeared in American Quarterly and in the first edited volume of the African American Intellectual History Society (AAIHS). Follow her on twitter at @celestedaymoore.

SO! Reads: Susan Schmidt Horning’s Chasing Sound: Technology, Culture and the Art of Studio Recording from Edison to the LP— Enongo Lumumba-Kasongo