Charles Mingus, Rotary Perception, and the “Fables of Faubus” 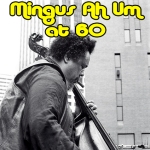 In his autobiography, Beneath the Underdog, jazz musician Charles Mingus recounts his hatred of being ignored during his bass solos. When it was finally his turn to enter the foreground, suddenly musicians and audience members alike found drinks, food, conversations, and everything else more important. However, this small, and somewhat ironic, anecdote of Mingus’s relationship with the jazz community has now become a foreshadowing of his current status in sound studies–but no longer! This series–featuring myself (Earl Brooks), Brittnay Proctor, Jessica Teague, and Nichole Rustin-Paschal— re/hears, re/sounds and re/mixes the contributions of Mingus for his ingenious approach to jazz performance and composition as well as his far-reaching theorizations of sound in relation to liberation and social equality, all in honor of the 60th anniversary of Mingus’s sublimely idiosyncratic album Mingus Ah Um this month. In the first piece of this series, I offer a meditation on the audible imagery of The Little Rock Nine and the potency of Mingus’s ideas for sound studies and beyond. — Guest Editor Earl Brooks

Jazz composer and bassist Charles Mingus’s infamous protest song “Fables of Faubus,” (1959) channeled the anger and frustration of the Black community in response to the staunch racism of Orval Faubus, Governor of Arkansas, who refused to acknowledge the U.S. Supreme Court’s decision to support school integration in the 1954 case Brown v. Board of Education. Faubus infamously used the Arkansas National Guard to prevent Black students from attending Little Rock Central High School. The visual imagery of “The Little Rock Nine” walking to school, bombarded by riotous mobs and surrounded by cameras and military escorts, remains permanently seared into the American collective memory of the Civil Rights Movement.

What makes the imagery of “The Little Rock Nine” so sonically distinctive is the contrast between the silent procession of the students and the loud and intimidating screams from the white racist protestors. When images contain explicit visual references to particular sounds, there is an inescapable cognitive referent that allows one to experience that sound through the vehicle of one’s “sonic imagination”–or the mechanism that allows us to “hear” a song in our heads even when there is only silence. Listening involves an active–not passive–engagement with sounds real and imagined. In the same vein as comic books, which rely on visual sound-cues to enhance the experience of the text, the optical power of “The Little Rock Nine” invites viewers to process both the visual and aural data presented by the image. In other words, the image is empowered by its multimodality. When combined with related source material, such as “Fables,” we stand to gain a greater sense of its meanings and an awareness of why sound, especially music, is critical to the recording, or archiving of the kinds of lived experiences that exceed easy translation.

“Fables,” as well as the album on which it appears, Mingus Ah Um, invites questions about the sonics of racism in public and private spheres. Racism oscillates between modes of silence and silencing (unjust systemic processes, othering, isolation), subtle vibrations (micro-aggressions), as well as piercing, cacophonous noise that is as disorienting as it is terrifying. In many ways, this moment made audible (and public) the noise of racism so often confined to the personal encounters of African Americans with white institutions and Jim Crow segregation.

“Fables” ridicules the defense of segregation through its caustic, satiric edge. Listeners hear an early articulation of Terrence T. Tucker’s notion of comic rage, a mixture of pain, frustration, and fear encapsulated by humor and a burgeoning militancy and articulated by comedians such as Richard Pryor. Black musicians, such as Mingus, were not only in tune with the magnitude of the historical moment they were witnessing but also attuned to its sonic dimensions.

Positioning Mingus within the evolving discussion of sonic studies opens productive inquiry into what it means to center musicians of color in relation to critical historical moments in the American soundscape. Mingus’s concept of “rotary perception,” mentioned in his autobiography Beneath the Underdog (1971), suggests one way this positioning can occur. Here’s how Mingus defines “rotary perception” and uses it to describe his musical evolution:

There once was a word used–swing. Swing went in one direction, it was linear, and everything had to be played with an obvious pulse and that’s very restrictive. If you get a mental picture of the beat existing within a circle, you’re more free to improvise. People used to think the notes had to fall on the center of the beats in the bar at intervals like a metronome, with three or four men in the rhythm section accenting the same pulse. That’s like parade music or dance music. But imagine a circle surrounding each beat–each guy can play his notes anywhere in that circle and it gives him a feeling he has more space. The notes fall anywhere inside the circle but the original feeling for the beat isn’t changed. (350)

The value of this “rotary”– or “circular”–orientation exceeds the technical, musical application discussed in the book. Mingus offered this explanation in response to claims that the music created by younger musicians was more innovative or distinctive than his generational counterparts. What the media and industry insiders were seeking to characterize as the “new” wave in jazz wasn’t all that new. In fact, as Mingus argued, one could hear the “avant garde” major sevenths over minor sevenths from Charlie Parker and free forms in Duke Ellington if they were paying attention.

However, “rotary perception” also correlates with the central ethos of Black cultural production Amiri Baraka referred to as “the changing same,” a phrase describing the cyclical return to the roots of Black music and culture as a source of futurity, innovation, and regeneration. Rotary perception, as a way of engaging experiential source material, is a useful tool for sound studies as it relates to centering the work of musicians, theorists, and scholars of color whose work contains untapped, or, in this case, unheard critical vistas from which to expand the enterprise of defeating the scourge of racism. The poetic disconsolance and biting jocularity of Mingus’s oeuvre challenges us all to do some soul searching.

As thematic motif, rotary perception renders Mingus Ah Um as a presentation of the sonics of Black life. The “head” or main melody of “Fables” is buttressed by bluesy, bebop, instrumental solos that–quite literally–translate the racism of those such as Governor Faubus into a canvas of rebellious, free expression. The gospel inflections of “Better Get It in Your Soul” emerge from Mingus’s exposure to the reservoir of traditional Black worship and performance styles preserved by the “Holiness” or “Sanctified” denominations within the Black church. What questions would emerge if current discussions of racism and political power in white evangelical communities began with such songs as hermeneutic tools to explore the relationship between theology and race?

As Mingus traces his roots, the musical themes on the album look back as much as their execution points toward a new era of soul-infused jazz through a series of homages paid to Lester Young (“Goodbye Pork Pie Hat”), Charlie Parker (“Bird Calls“), Jelly Roll Morton (“Jelly Roll“), and Duke Ellington (“Open Letter To Duke“). Mingus delineates the kind of fictive kinship Eric Pritchard theorizes as a mode of constructing community and resisting social isolation and historical erasure as a byproduct of the Black experience. While Mingus’s allegiance to continuity is clear, rotary perception encourages us to consider the expansive scope of heretofore unexplored frontiers of African diasporic subjectivities.

Sound is a unique and worthwhile vehicle to recover the lived experiences of black communities often marginalized or completely ignored by the archives. The value of such experiences lies with their potential transgression of ontological and phenomenological investments in conceptions of time, space, and identity that ultimately undergird the sterilized normativity of white supremacist thought. The idea that people of color contributed nothing to history and the march of progress, or that the lands of indigenous peoples hold no value outside of capitalist ends, form the foundations of white supremacy. Questions such as: Who owns time? How much is time worth? and Who has the power to grant or retain space? form the structures beneath structural racism. Yet, through black music, black musicians reclaim that time, (Maxine Waters reference intended) as responsive to the needs of the community and the occasion and also something powerful enough to be distributed equally. Such music creates space–ideologically, spiritually, mentally–for a broader humanity that accompanies differences, like a swinging rhythm section, instead of fearing them. 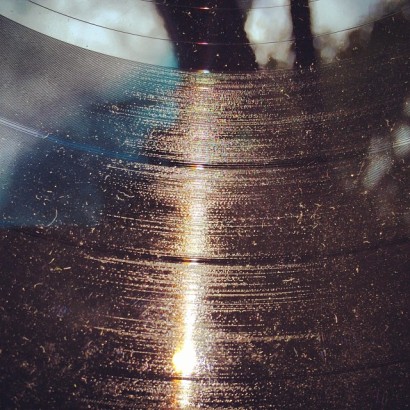 Although large portions are fictional, the authenticity of Mingus’s experience of racism as described in Beneath the Underdog illuminates the sonic qualities of the album including its innovative fusions of musical traditions. For example, Mingus characterized his father as a parent who preached racial prejudice and forbade him and his siblings from engaging children from his neighborhood with darker skin complexions. Additionally, Mingus’s youth was fraught with discriminatory incidents heightened by the irony of his light skin color: too dark to pass as white and too light to take any solidarity with his darker companions for granted. Mingus Ah Um represents an important waypoint on Mingus’s journey to political consciousness and Black identity. This was a journey constantly freighted by what would become a lifelong quest to reconcile the self he saw as fractured, or the “two-ness” that W.E.B. Du Bois famously described as the psychic consequences of life behind the “veil” within racially oppressive social order. Responding to this veil (or mask according to Paul Laurence Dunbar) became particularly complicated for Mingus. For musicians such as Louis Armstrong or Duke Ellington, the deference to white audiences belied a defensive posture and a recognition that the interiority of their lives would always remain—like Ralph Ellison’s proverbial protagonist–invisible.

However, the subversive “creative mockery,” that Mingus conjures in “Fables” coincided with the operationalization of Black Nationalist sentiment and discourse brewing within the Black community. What Mingus wanted more than money or fame from his music was to be taken seriously as an artist and for jazz to be seen as equal to classical music in terms of cultural stature. In many ways, Mingus’s music gave a sonority and texture to this tension.  This search for artistic authenticity dovetails with the racial solidarity showcased on the album, expanding the scope of its introspection.

One of the great misconceptions of post-Civil-Rights-Era America is the assumption that the decline of such public and audible displays of racism includes a decline of such phenomena in private spheres. However, the recent barrage of viral videos depicting the weaponization of police toward Black bodies quickly dispels any such assumption. Rotary perception, beyond its use in sound studies, offers a critical tool useful for grounding current analyses of liberatory struggle against racial and social oppression. It reminds us of the value of returning to, and listening again, to songs like “Fables.” It also urges us to continue fingering what Ellison called “the jagged grain” of the “painful details and episodes of a brutal experience …” in order to squeeze from it a “near-tragic, near-comic” transcendence.

Earl H. Brooks is a saxophonist and Assistant Professor of English at the University of Maryland, Baltimore County. His research interests include jazz, rhetoric and composition, black popular culture, and media studies.