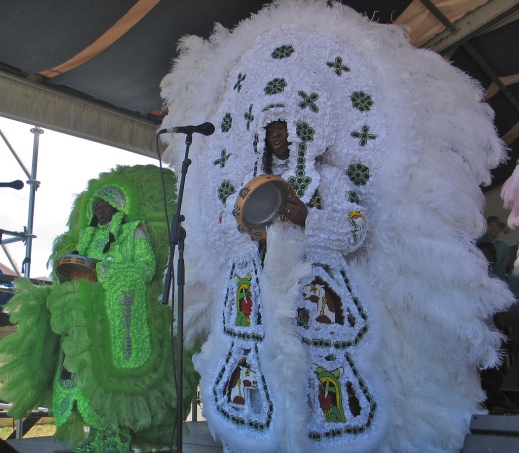 This week brings us #musicon12, the megaconference of the American Musicological Society (AMS), the Society for Ethnomusicology (SEM), and the Society for Music Theory (SMT). This will be the third joint conference of these societies, after Oakland in 1990 and Toronto in 2000. These roughly decennial gatherings of the three principal scholarly societies of music scholarship provide increased opportunities for cross-disciplinary conversations and amazing live performances. A fact augmented even more by the selection of New Orleans, a city known for its music, for this year’s meeting.

The disciplines of musicology, ethnomusicology, and music theory have focused on sound for centuries. They are the disciplines that Michael Bull argues Sound Studies “goes beyond” in the upcoming anthology Sound Studies. While such a description could lead to the categorization of these disciplines as theoretically or methodologically antiquated, #musicon12 is too large and significant for Sound Studies to ignore, with over 600 individual presentations that all deal with sound or music somehow. The first eleven papers, in chronological order, should give some idea of the overall scope:

But for the sake of argument, if Sound Studies is something more than simply the application of long-standing disciplinary approaches to sonic works and events, if, as Jonathan Sterne proposed this year in his introduction to The Sound Studies Reader, “the difference between sound studies and… other fields is that they don’t require engagement with alternative epistemologies, methods, or approaches” (4), then we are inclined to pay attention to that work that reaches beyond the limits of conventional music scholarship, namely the sort which strives for some sort of critical self-reflection or interdisciplinary ambition. 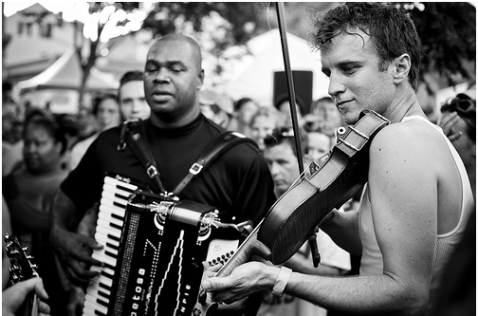 This is not an easy task given the vast number of papers and performances at such a large conference and the scarcity of information found in brief titles and abstracts. We can assume that every presentation challenges these conventions to some extent, but for the sake of this preview, here are a few items that venture beyond the traditional limits of music scholarship. You can find the full #musicon12 program here.

Bill Bahng Boyer is an adjunct professor of music, writing and rhetoric at Dartmouth College. He is also a doctoral candidate in music at New York University, completing a dissertation on public listening in the New York City subway system. 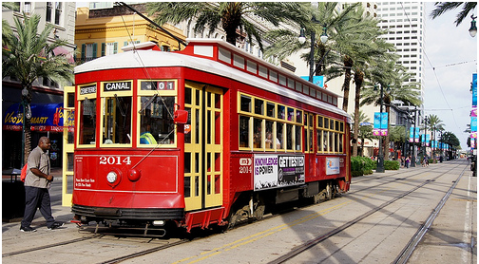 The Canal Street Line. Borrowed from Hmeriomx on Flickr.

Jacob A. Cohen (The Graduate Center, CUNY), “Carl Ruggles, Walt Whitman, and the Gendered Place of Men and Mountains”

Melissa J. de Graaf (University of Miami), “‘The Music of Nature Makes Me Dream and Sleep’: Intersections of Nature, Gender, and Ultramodernism”

Charlotte D’Evelyn (University of Hawaii), “Sounds of the Grasslands: An Ecomusicological Crisis of Romanticism, Loss, & Inheritance in Inner Mongolia, China”

Kate Galloway (Memorial University of Newfoundland), “Sounding the Environmental Past and Present: Repurposing and Representing Soundscape in Contemporary Canadian Compositions” 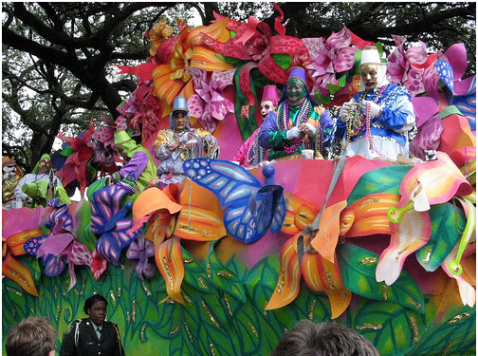 All events at Lavin-Bernick Center for University Life, Tulane University 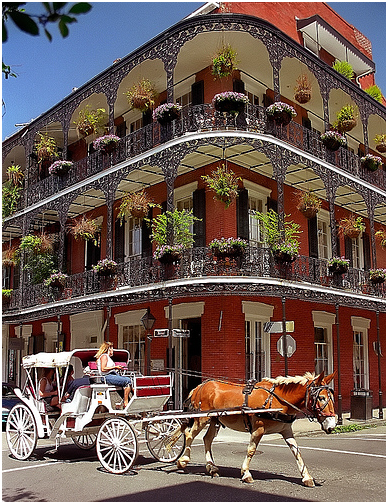 8:30-10:30am, The Beautiful, The Good, and The Story: Aesthetics and Narrative in Religious Music

Dorcinda Knauth (State University of New York, Dutchess), “Composing the Future by Listening to the Musical Past: Islamic Exegesis in Javanese Folksongs”

Ruth Davis (University of Cambridge), “The Pilgrimage to ‘El-Ghriba’ and the Musical Aesthetics of a Muslim-Jewish Past”

3:30-5:00pm, On Bells, Bugs, and Disintegrating Tape: Listening for Metaphysics in Ambient Sound

Paul Chaikin (University of Southern California), “Clattering Bells as a Field of Experience and Cognition”

Joanna Demers (University of Southern California), “The Ethics of Apocalypse”

Kate Galloway (Memorial University of Newfoundland), “Sounding and Composing the Harbour: Performing Landscape and Re-contextualizing the Soundscape of Place in the Harbour Symphony (St. John’s, Newfoundland)”

Jessamyn Doan (University of Pennsylvania), “‘Bringin’ Back the Roots’: Rearticulating a Creole Sound in Southern Louisiana”

Organized by the SEM 2012 Local Arrangements Committee and the SEM Dance, Movement, and Gesture Section

10:30-noon, Beyond Hearing: Soundscapes and Ideoscape in Early Nineteenth-Century America

A: Astor Grand A

Meet in front of the Sheraton Hotel on Canal Street 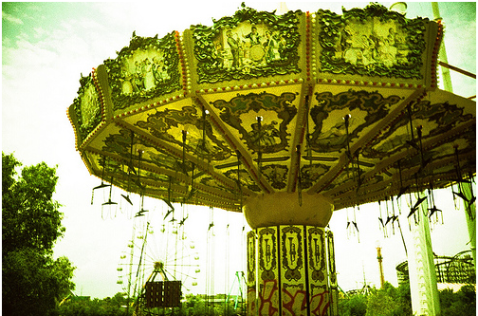 8:30-10:30am, Emergent Forms of Music Tourism, I: Music Tourism in the Aftermath of Rupture in New Orleans, Berlin, Bali

Christopher Tonelli (Memorial University of Newfoundland), “The Chiptuning of the World”

9:00-noon, Sound, Language, and Mysticism from Vienna to L.A.

Clara Latham (New York University), “The Impact of Sound and Voice on the Invention of Psychoanalysis”

J. Daniel Jenkins (University of South Carolina), “I Care If You Listen: Schoenberg’s ‘School of Criticism’ and the Role of the Amateur”

Paul Christiansen (University of Southern Maine), “‘It’s Morning Again in America’: How the Tuesday Team Revolutionized the Use of Music in Political Ads”

Jonathan Waxman (New York University), “I Went to the New York Philharmonic and Came Home with a Cadillac: The Alliance Between Business and the Arts in the Early Twentieth Century

Louise Meintjes (Duke University), “Pushing at the Edge of the Social”

Jairo Moreno (University of Pennsylvania), “Signatures of the Audible”

Gary Tomlinson (Yale University), “Singing at the Limit of the Human”

Nicol Hammond (New York University), “‘The History Is in the Music’? Music, Museums, and the Politics of Presence in Post-Apartheid Cultural Tourism”

5 DJs converge on Handsome Willy’s for KNOCKABOUT, a dance party featuring every genre you’ve ever loved and fly beats that you neva eva heard before. 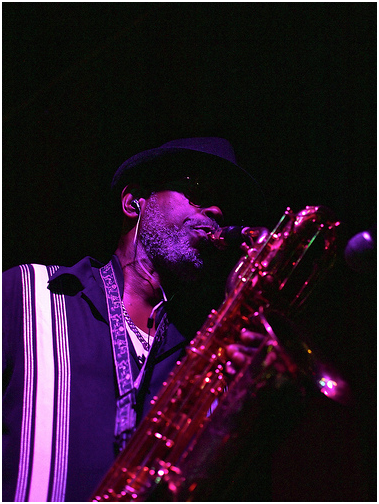 Session 4-5 SEM A: Astor Grand A
Sponsored by the Popular Music Section (PMSSEM)

Patricia G. Lange (California College of the Arts), “In Synch with Lip-Synching: A Riff on Teen Sociality”

Andrew Eisenberg (University of Oxford), “M-Commerce and the (Re)making of the Music Industry in Kenya”

Tiffany Ng (University of California, Berkeley), “An Instrument of Urban Planning: Bells and the Sonic Remediation of Community Space in the Southeastern United States”

Session 4-29 SEM A: Astor Ballroom 1
Sponsored by the Section on the Status of Women (SSW)
Tara Rodgers (University of Maryland), Chair

10:45-12:15pm, Intersections of Ethnomusicology with Other Fields

Monique McGrath (University of Toronto), “What Does Ethnomusicology Have to Say to Music Therapy?”

Bill Bahng Boyer is a doctoral candidate in music at New York University who is completing a dissertation on public listening in the New York City subway system.
View all posts by Bill Bahng Boyer »
« Previous post
Next post »