Sounding Out! Podcast #48: Languages of Exile

With words stepping backwards from the wave of news coverage, attempting to retrace a moment or point in time, to go back where things began, to the innocuous genesis of a single deliberate decision, the resentment or, in some camps, the war crime, within the continuous ebb and flow.  The stepping back breaks up the habit of our clear factual articulation – a clear factual articulation that, in its fact, becomes ignorable as it satisfies the need for fact and its pincer click of tiny precision.  This articulation now carries other words, carries them forward from the reversal of the day’s date stamped so firmly and authoritatively on the facts, as if justification itself. 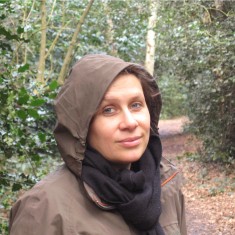 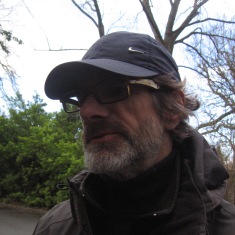 Stepping backwards and moving forwards with the words of Syrian poets, women whose poems are oddly and noticeably not dated in the books recovered in translation from the British Library, despite the original words being imminently intelligible within the contemporary language of the particular place from where they were written – whether that be Syria, France, Lebanon or elsewhere. The necessary compression of meaning within each sentence of this poetry is in turn counterpointed against the fact of legal journalistic accuracy and its subsequent dispersal, its general thinning out, particularly in the face of reported death.

All images supplied by the artists

David Mollin’s work is concerned with ideas of contingency within the professionalized contemporary art world, and in particular with the effect of power consolidation and commodification and those elements of the work that disappear as a result of such a process. This has led to an increasing interest in the use of writing as a process of materialization of an artwork that fails to materialize. Mollin has co-founded with Matthew Arnatt the project 100 Reviews (Alberta Press and Greengrassi Gallery) and, with John Reardon, he co-edited ch-ch-ch-changes: Artists talk about teaching (Ridinghouse, 2009). Mollin works collaboratively on text-based sound work with Salomé Voegelin.

Salomé Voegelin is an artist and writer engaged in listening and hearing as a socio-political practice. She is the author of Sonic Possible Worlds: Hearing the Continuum of Sound, Bloomsbury, NY, 2014 and Listening to Noise and Silence: Towards a Philosophy of Sound Art, Continuum, NY, 2010. While her solo work focuses on the small and slight, unseen performances and moments that almost fail to happen, her collaborative work, with David Mollin, has a more conceptual basis, establishing through words and sounds conversations and reconfigurations of relationships and realities. http://www.salomevoegelin.net

REWIND! . . .If you liked this post, you may also dig:
detritus 1 & 2 and V.F(i)n_1&2 : The Sounds and Images of Postnational Violence in Mexico – Luz Maria Sánchez