“I Am Thinking Of Your Voice”: Gender, Audio Compression, and a Sonic Cyberfeminist Theory of Oppression 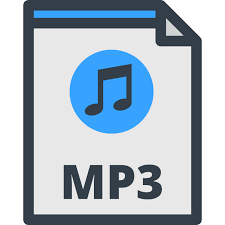 I developed the text I recite in this post as the theoretical framework for an article I’m working on about audio compression. As I was working on the article, I wondered about the role of gender and race in the research on audio compression. Specifically, I was reminded of the central role Suzanne Vega’s “Tom’s Diner” played into research that led to the mp3. Karl-Heinz Brandenburg used the song to test the compression method he was developing for mp3s because it sounded “warm.” Sure, the track is very intimate and Vega’s voice is soft and vulnerable. But to what extent is its “warmth” the effect of a man’s perception of Vega addressing him as either/both an intimate partner or caregiver? Is its so-called warmth dependent upon the extent to which Vega’s voice performs idealized white hetero femininity, a role from which patriarchy definitely expects warmth (intimacy, care work) but can’t be bothered to hear anything beyond or other than that from (white) women?

In other words, I’m wondering about what ways our compression practices are shaped by white supremacist, patriarchal listening ears. Before anyone even runs an audio signal through a compressor, how do patriarchal gender systems already themselves act as a kind of epistemological and sensory compression that separates out essential from inessential signal, such that we let women’s warm, caring voices through while also demanding they discipline themselves into compressing their anger and rage away?

The literature does address the role of sexism and ableism in the shaping of audio technologies, but this critique is most commonly framed in conventionally liberal terms that understand oppression as a matter of researcher bias that excludes and censors minority voices. For example, the literature addresses the way “cultural differences like gender, age, race, class, nationality, and language” are overlooked by researchers (Jonathan Sterne), offers cursory nods to the biases and preferences of white cis men scientists (Ryan Maguire), or claims that “the principles of efficiency and universality central to the history of signal processing also worked to censure atypical voices and minor modes of communication” (Mara Mills). Though such analyses are absolutely necessary components of sonic cyberfeminist practice, they are not sufficient. 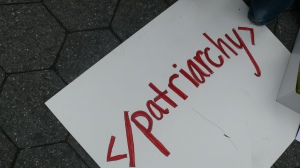 We also need to consider the ways frequencies get parsed into the structural positions that masculinity and femininity occupy in Western patriarchal gender systems. Patriarchy doesn’t just influence researchers, their preferences, their choices, and their judgments. How is the break between essential and inessential signal mapped onto the gendered break between what Beauvoir calls “Absolute” and “Other,” masculine and feminine? Patriarchy is not just a relation among people; it is also a relation among sounds. I don’t think this is inconsistent with the positions I cited earlier in this paragraph; rather, I am pursuing the concerns that motivate those positions a bit more emphatically. And this is perhaps because our objects of analysis are slightly different: I’m a political philosopher interested in political structures that shape epistemologies and ontologies—such as the patriarchal gender system organized by masculine absolute/feminine other—whereas most of the scholars I cited earlier have a more STS- and media-studies-approach that is interested in material culture.

As a way to address these questions, I made a short critical karaoke-style sound piece where I read a shortened version of the text below over the original version of “Tom’s Diner” from Vega’s album Solitude Standing (which, for what it’s worth, I first owned on cassette, not digitally). I recorded my voice reciting a condensed version of the framework I develop for a sonic cyberfeminist theory of oppression over a copy of the original, a cappella version of “Tom’s Diner.” If I were in philosopher mode, I would theorize the full implications of this aesthetic choice, but I’m offering this as a sound art piece, the material and sensory dimensions of which provide y’all the opportunity to think through those implications yourselves.

Perceptual coding and perceptual technics create breaks in the audio spectrum in the same way that neoliberalism and biopolitics create breaks in the spectrum of humanity. Perceptual coding refers to “those forms of audio coding that use a mathematical model of human hearing to actively remove sound in the audible part of the spectrum under the assumption that it will not be heard” (loc 547). Neoliberalism and biopolitics use a mathematical model of human life to actively remove people from eligibility for moral and political personhood on the assumption that they will not be missed. They each use the same basic set of techniques: a normalized model of hearing, the market, or life defines the parameters of what should be included and what should be disposed of, in order to maximize the accumulation of private property/personhood.

These parameters are not objective but grounded in what Jennifer Lynne Stoever calls a “listening ear”: “a socially constructed ideological system producing but also regulating cultural ideas about sound” (13). Perceptual coding uses white supremacist, capitalist presumptions about the limits of humanity to mark a break in what counts as sound and what counts as noise…such as presumptions about feminine voices like Suzanne Vega’s.

Perceptual coding subjects audio frequencies to the same techniques of government and management that neoliberalism and biopolitics subject people to. For this reason, it can serve as a specifically sonic cyberfeminist theory of oppression.

It shows us not just how oppression works under neoliberalism and biopolitics, but also its motivations and effects. The point is to increase the efficient accumulation of personhood as property by white supremacist capitalist patriarchal institutions. Privilege is the receipt of social investment and the ability to build on it by access to circulation. Oppression is the denial of this investment and access to circulation. For example, mass incarceration takes people of color out of circulation and subjects them to carceral logics…because this is the way such populations are most profitable for neoliberal and biopolitical white supremacist capitalist patriarchy.

Robin James is Associate Professor of Philosophy at UNC Charlotte. She is author of two books: Resilience & Melancholy: pop music, feminism, and neoliberalism, published by Zer0 books last year, and The Conjectural Body: gender, race and the philosophy of music was published by Lexington Books in 2010. Her work on feminism, race, contemporary continental philosophy, pop music, and sound studies has appeared in The New Inquiry, Hypatia, differences, Contemporary Aesthetics, and the Journal of Popular Music Studies. She is also a digital sound artist and musician. She blogs at its-her-factory.com and is a regular contributor to Cyborgology.

On Whiteness and Sound Studies–Gustavus Stadler