The Theremin’s Voice: Amplifying the Inaudibility of Whiteness through an Early Interracial Electronic Music Collaboration 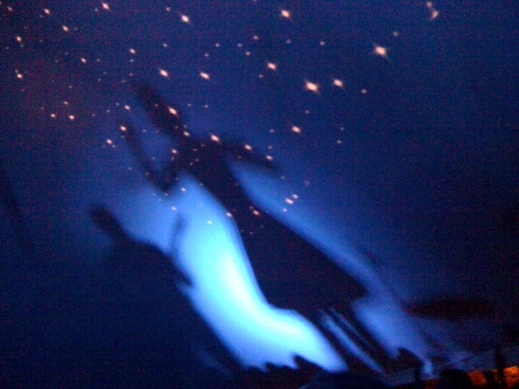 On an October evening in 1934, Clara Rockmore made her debut performance with the theremin, a then-new electronic instrument played without touch, in New York City’s historic Town Hall. Attended by critics from every major newspaper in the city, the performance not only marked the beginning of Rockmore’s illustrious career as a thereminist, it also featured the first known interracial collaboration in electronic music history. A sextet of Black male vocalists from the famous Hall Johnson choir performed a group of spirituals arranged by Johnson with Rockmore, whom the press—apparently unaware of her Jewish heritage—considered white. The collaboration was an anomaly: no other record exists of Black musicians performing with Rockmore (she toured with Paul Robeson in the 1940s, but no evidence has surfaced showing the two ever on stage together).

Though the Johnson Sextet’s performance with Rockmore is of intense interest to me as a historian, at the time the white press mostly ignored the collaboration. This is surprising given Johnson’s fame: his choir and work were critically acclaimed in productions including the 1930 Pulitzer-Prize-winning play The Green Pastures and the 1933 musical Run Little Chillun’. The Sextet’s spirituals were prominently featured in Rockmore’s debut, with four songs closing the program (“Stan’ Still Jordan,” “Swing Low, Sweet Chariot,” “Water Boy,” and “O Lord Have Mercy On Me”) and “Old Man River” likely serving as an encore. Yet only two writers—one Black, one white—discussed the spirituals in any detail. Though brief, these two reviews can help us understand why most critics ignored the spirituals at Rockmore’s debut, and illuminate the role that race played in the reception of Rockmore’s career, the theremin, and electronic musical sound.

One of these reviews was by an anonymous critic writing for the New York Amsterdam News, the city’s highly influential weekly African-American newspaper. Though unidentified, the author was likely Black, given the source. The critic described Rockmore and the Sextet’s rendition of the song “Water Boy” as “particularly effective,” ascribing the theremin’s expressive power to its sonority: “the deep ’cello tone of the instrument was more than faintly reminiscent of the throaty humming of a Negro singer.” The white critic who wrote about the collaboration—Paul Harrison, in his syndicated column, “In New York,” that ran in several newspapers across New York State—seemed to corroborate the Amsterdam reviewer’s hearing, writing that the theremin had been “improved so that it now can be made to sound like the choral humming of a hundred Negro voices.” Remarkably, Harrison made the comparison without so much as mentioning the presence of the Johnson Sextet or the spirituals, erasing the very real presence of Black musicians in the performance.

These reviewers agreed that the theremin sounded like a Black voice during the spirituals. Yet Harrison used the comparison to disparage. His use of the word “improved” was clearly ironic, and the overall tone of his review was mocking (he described twenty-three-year-old Rockmore as “a lovely and graceful girl, but too serious about her new art”). The Amsterdam critic, meanwhile, compared the theremin’s tone to that of a Black voice to communicate the instrument’s expressivity—its beauty, emotion, and humanity. They validated their own hearing of the powerful performance by noting that the capacity crowd “hailed Miss Rockmore’s mastery of the theremin and demanded several encores.” Despite the contrasts, these pieces share something absent from nearly every contemporary theremin review: an explicit discussion of race and the theremin’s timbre. These seemingly anomalous takes, when understood in the context of the theremin’s broader contemporary reception history among (mostly white, mostly male) critics, can amplify what Jennifer Stoever identified in The Sonic Color Line as the “inaudibility of whiteness” in the history of the theremin and electronic musical sound (12). 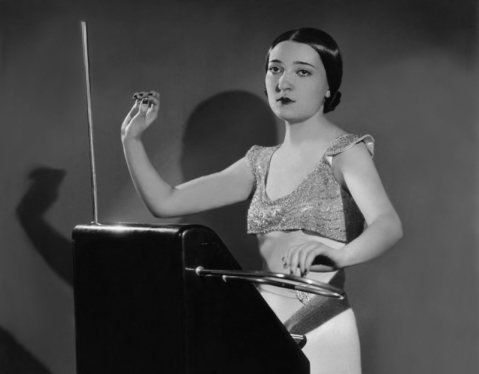 When Rockmore performed as a soloist, critics tended to describe the theremin’s timbre in the context of western art music sonorities, making comparisons to the cello, violin, and classical voices. Reviewers frequently remarked on the instrument’s expressive powers, describing its tone as warm and rich, and writing of its “vivid expressiveness” and “clear, singing, almost mournful” tone. Many attributed the instrument’s expressivity to Rockmore’s skill as a trained classical performer, praising her repertory choices, musicianship, and technique. 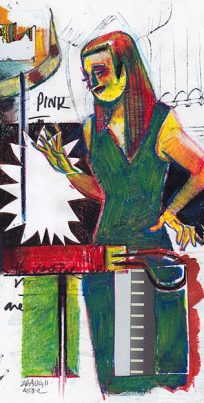 Alongside celebrations of the theremin’s emotionally charged sonority was an opposing rhetoric of noisiness, one that critics employed to mark the theremin as sonically obnoxious. Early critics often complained about the “excessive” use of vibrato and portamento employed by thereminists, most of whom, like Rockmore, were (at least perceived as) white women. There is a practical explanation for this: if you’ve ever played a theremin, you know that without the use of these techniques, it is nearly impossible to locate pitches, or create even the impression of accurate intonation. Critics turned to identity politics to signal their displeasure with the instrument’s slippery chromaticism, taking a cue from the long history of linking copious chromaticism with bodies deemed sexually, racially, or otherwise aberrant. They compared the theremin’s timbre variously to that of a “feline whine,” a fictional Wagnerian soprano one critic dubbed “Mme. Wobble-eena” and “fifty mothers all singing lullabies to their children at the same time.” Such reviews used bodies and instruments assumed to be white and female as points of comparison: sopranos, violins, mothers (who were racially unmarked and thus by default white). To critics, the theremin was objectionable, was “other,” in a specifically white, specifically feminine way.

Critics were especially concerned with the theremin’s timbre, projecting onto it their hopes and anxieties about the potential impact of technology on their musical world. Since the theremin’s 1929 arrival in New York, critics had been assessing the instrument’s potential, treating it as a bellwether for technology’s impact on the future of music. Rockmore stoked this interest by claiming that her debut would “prove that the [theremin] may be a medium for musical expression.” Critics centered their hopes and anxieties about the promise and threat of electronic music in analyses of the theremin’s timbre, where the instrument could either be exposed as a fraud—a poor substitute for “authentic” “living” music—or celebrated as a breakthrough. 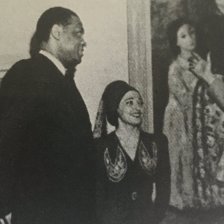 Discussions among New York’s white critics about the theremin’s musical promise unfolded specifically and exclusively with regard to the white western classical tradition. Just as Toni Morrison noted in her book Playing in the Dark that “the readers of virtually all American fiction have been positioned as white,” whiteness was the default for writers and readers of music criticism on the theremin (xii). Though most white critics at Rockmore’s debut never mentioned race, their tacit dismissal of the spirituals she performed with the Johnson Sextet reveals that race was a central organizing force in their assessments of the instrument. The brief reception history of the spirituals Johnson arranged for voice and theremin, wherein writers—listening to the instrument perform with Black voices—clearly heard the theremin’s tone as Black, is the exception that proves the rule: white critics, by and large, heard the instrument as sounding white.

Dr. Madd Vibe (aka Angelo Moore) plays theremin in his band The Brand New Step, covering “Brothers Gonna Work it Out” Angelo Moore been playing theremin for over 20 years.

Kelly Hiser is co-founder and CEO of Rabble, a startup dedicated to empowering libraries to support and sustain their local creative communities. Kelly holds a Ph.D. in music history from the University of Wisconsin-Madison and embraces work at the intersections of arts, humanities, and the public good. She talks and writes regularly about music, technology, identity, and power.