SO! Amplifies: Josh Shepperd on the Radio Preservation Task Force of the Library of Congress (from FlowTV)

Thank you to Josh Sheppard and FlowTV for permission to reprint this excellent call to action.

Sound history is cultural history. And a giant part of our history has yet to be preserved, researched, or taught in our classrooms. Our omissions are disproportionately distributed among the local and the liminal, the pastoral and the public, and marginalized and minority experiences. Sound trails continue where paper trails end, and we have an opportunity to provide new insight into the cultural history of the U.S. thanks to recent innovations in sound preservation technology. The Radio Preservation Task Force (RPTF) of the National Recording Preservation Board (NRPB) of the Library of Congress (LOC) is a growing 125-faculty member and 275-archive Digital Humanities initiative working to broaden the historical record by unearthing, mapping, and making available materials that that chronicle experiences neglected in existing historical accounts, such as minority, political, orientation, social advocacy, and educational groups. Perspectives and events that have remained unaddressed by the primary document record will receive new recognition by focusing preservation on the conversational and community building character of noncommercial and local radio history.

A historical marvel of nation-building, serialization, and aesthetic innovation, radio has also been utilized for multiple purposes beyond entertainment: from education, to a technology of opinion-formation, to a medium for political problem-solving. Much of the early history of the ether consists of distance learning broadcasts, public forums, and civic debates, and in addition to local theatrical and drive time programming the task force is concerned with making these important historical records accessible for the first time. To frame the project in historiographical terms, the RPTF is approaching radio history as a study of what the Birmingham school might call the genealogy of how strategies for circulation of discursive codes, as representations, became central to an expanded concept of the public sphere that included popular culture. If we accept the historiographical argument that content representations are also implementations of discursive, political, and industrial strategies, then radio might be viewed as a medium in which institutional and intellectual projects endeavored to communicate with and persuade community members about a specific perspective or initiative. In this way, radio history has the capacity to reveal the development and dissemination of cultural aspirations and viewpoints, and its consequent archive can be understood as a series of concurrent media advocacies that sought to define conditions of social attunement.

[Reblogged from FlowTV, to continue reading Josh on the RPTF, please click here.]

Josh Shepperd is Assistant Professor of Media Studies at Catholic University in Washington D.C. He teaches courses related to critical, conceptual, and methodological approaches to media studies.  He is also actively involved in digital humanities media preservation, and currently serve as the National Research Director of the Radio Preservation Task Force for theNational Recording Preservation Board of the Library of Congress.

The New Wave: On Radio Arts in the UK–Magz Hall

SO! Amplifies: Ian Rawes and the London Sound Survey–Ian Rawes

Lazarus.FM: Can the Endangered Sounds of Detroit Be Saved? 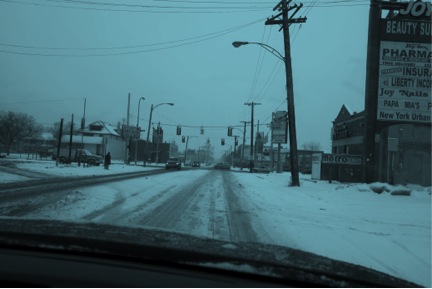 EDITOR’S NOTE: This post, a personal essay concerning an endangered archive of radio recordings in Detroit by University of Michigan Professor Derek Vaillant, has been temporarily embargoed due to a security concern regarding a specific location discussed in the post. It will be restored as soon as possible, with additional details from the author. — Special Editor Neil Verma